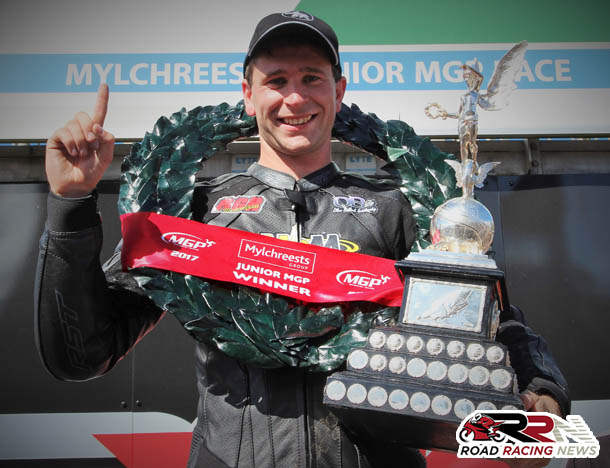 22 seconds clear of Preston’s Darren Cooper, the Manxman backed up his impressive form during practice week with a terrific display in the re started three lap race, with the original start at 10:15 AM red flagged following an incident at Union Mills involving Royce Rowe. 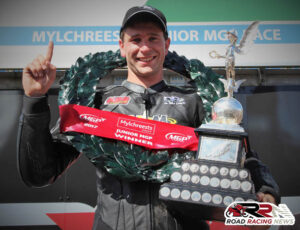 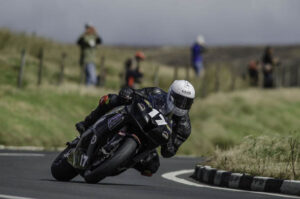 Reflecting afterwards, the Douglas based rider stated when asked to describe his race win, in just one sentence said:

Second placed Cooper, race leader on lap 2, was equally as delighted as the race winner, not only recording a new personal best result but also joining the ‘Tommy Club’, lapping from a standing start at 120.018 mph. 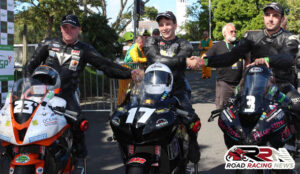 The final spot on the rostrum was secured by Jamie Williams, following a fine performance on his own teams Ocean Ford backed Honda.

PRF Racing’s Barry Evans, Dean Osborne and Joe Faragher fourth, fifth and sixth all lapped near the 120 mph mark, whilst Glenn Harrison in seventh place became the third rider in the race to join the ‘Tommy Club’ with a sparkling final lap of 120.129 mph. 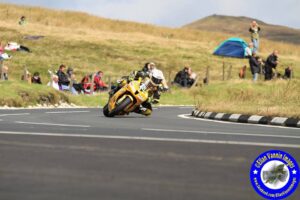 David “The Hammer” Lumsden was a very creditable eighth as Newcomers A race winner Brad Vicars in ninth, ended his maiden Manx GP campaign in style, lapping on lap three at 119.466 mph. 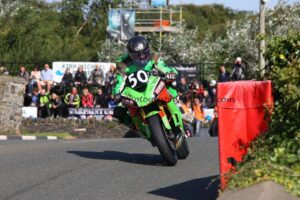