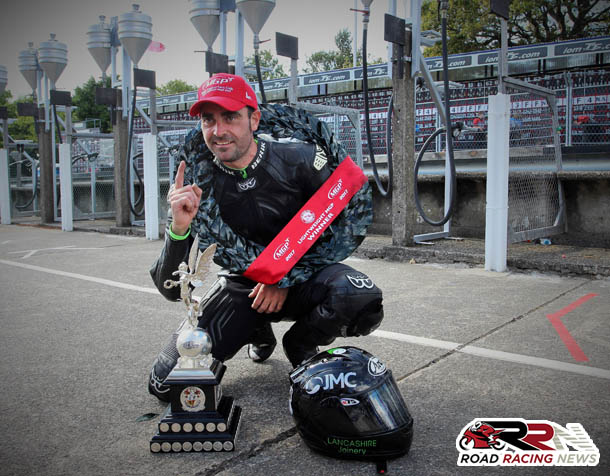 Steadily reeling in early race leader Andy Farrell, Bungalow on lap 2 saw him move into race lead, from here the Flue-Stox, MJ Davidson Groundworks backed rider gradually began to break away from his Skerries based counterpart. 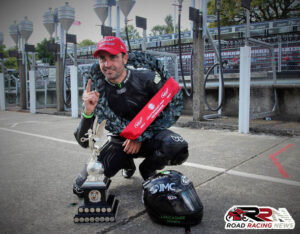 Ultimately victorious by over 20 seconds on his own teams Team DCR Kawasaki, lap four saw him come close to the existing Super Twins class record, lapping at an impressive 114.290 mph. 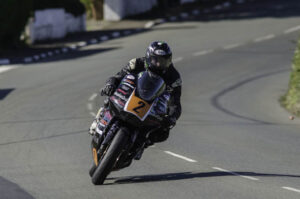 Speaking about the point at which he felt the race was under control, the race winner who also thanked world’s fastest road racer Dean Harrison for all his help and advice throughout the last couple of weeks, stated:

“I knew my pit crew was top notch, following the pit stop I knew the race was under control, when I saw +6 on lap 3, I knew the win was on the cards. I’ve only gone and won a Manx Grand Prix!” 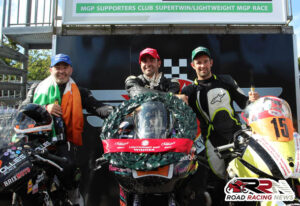 Race runner up Farrell couldn’t thank enough his team, family and sponsors, plus Slick Bass for a great engine, an equally happy Barry Evans held off a strong challenge from Spain’s Victor Lopez Santos to finalise the podium finishers. 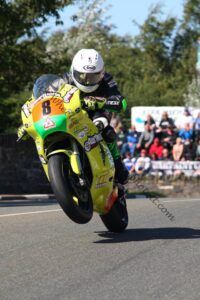 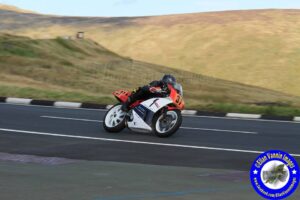