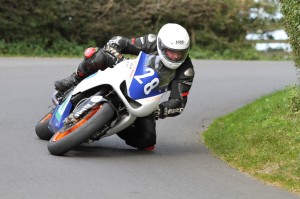 In all this years road racing season has been a consistent one for Paul Gartland who loves competing in pure road racing, around Oliver’s Mount he enjoys the challenge of the tight and twisty road race circuit known to many as a mini TT.