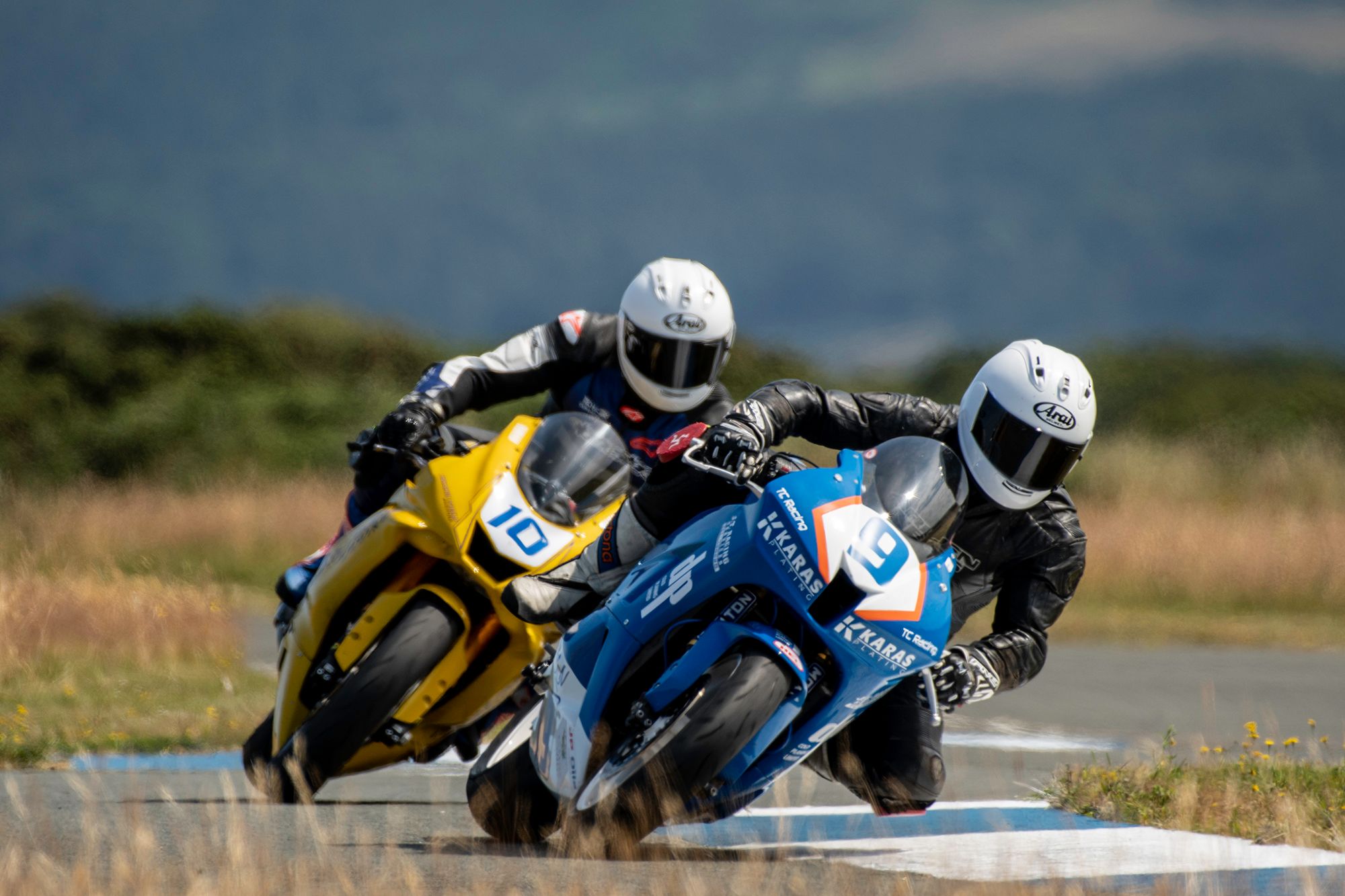 2014 Newcomers B Manx GP winner, Osborne continued his supremacy of the Pre-Injection 600 class at Jurby, powering to successive victories by respective winning margins of 1.713, 2.342 seconds over no.1 chaser Paul Cassidy.

Ran alongside the Pre-Injection races, the one to beat in the 700 Four Stroke Twin Cylinder class was another accomplished Manx GP competitor, Marc Colvin.