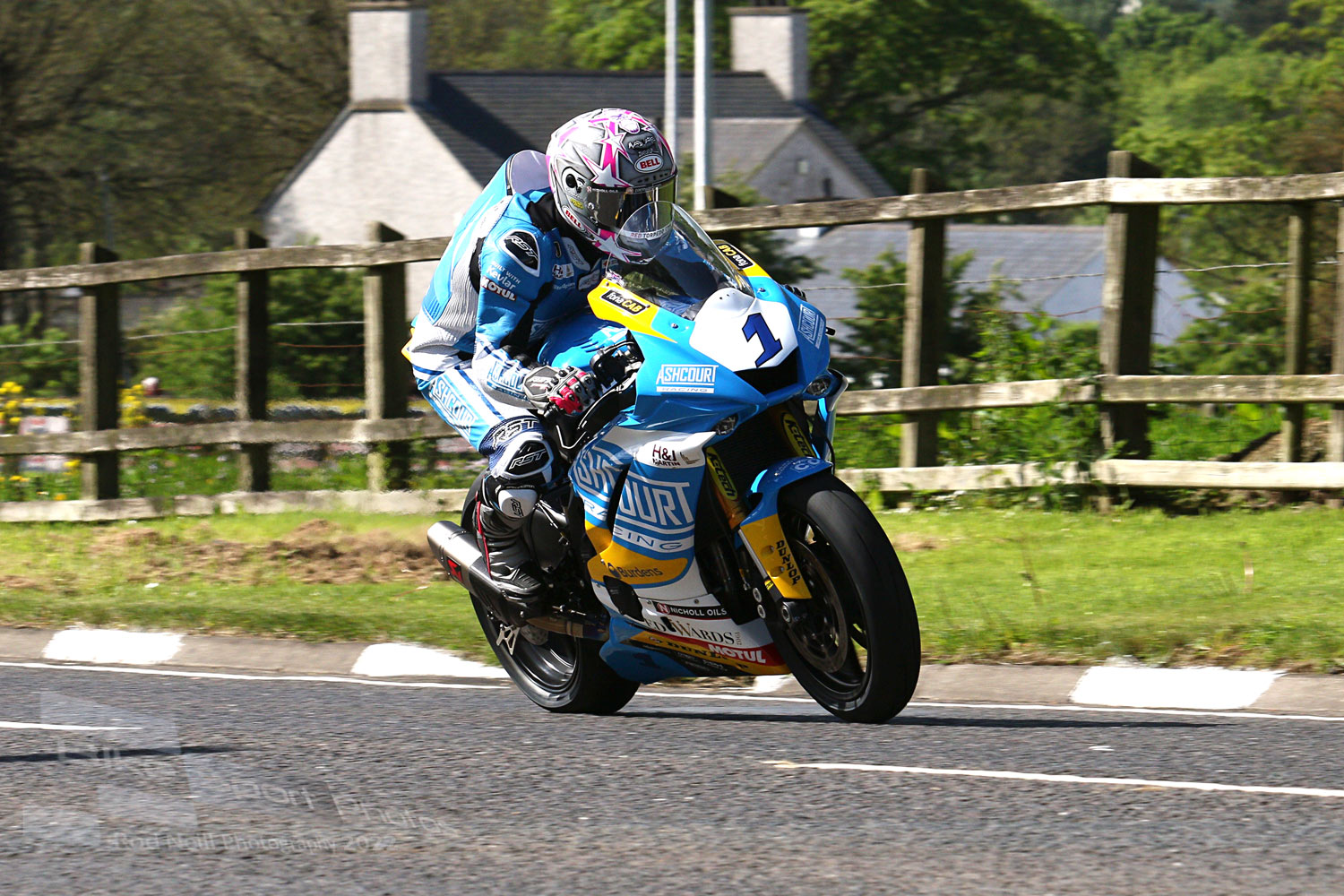 First out on track were the Supersport 600 speedsters, many of whom previous, existing NW200 victors.

Soon though it was all change as James Hillier, having his first roads outing in Rich Energy OMG Racing colours, recorded a times sheet topping time of 4 minutes 51.214 seconds.

Dunlop’s third timed lap, at the time placed him just over two seconds ahead of long-term International roads rival Hutchinson.

Then another change at the front as pre-race favourite Ashcourt Racing’s Lee Johnston, found an extra touch of pace, lapping at 4 minutes 44.924 seconds.

He went onto register a new swiftest lap time, almost two seconds faster, lapping at 4 minutes 42.935 seconds.
This enabled him to finish fastest by just over 1.2 seconds ahead of 19 times TT winner Dunlop (4.44.155).