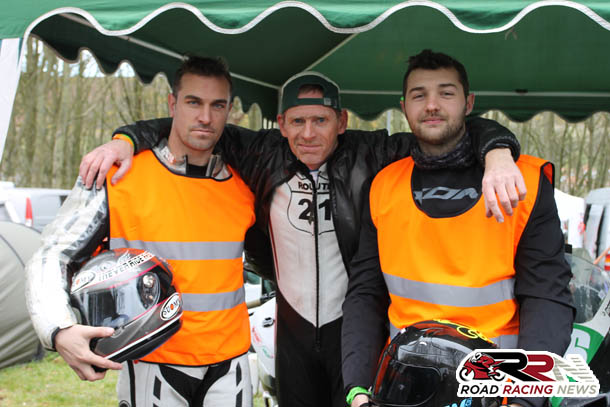 One of the standout highlights from the 2015 Spring Cup National Road Races was seeing multiple riders from France competing around Oliver’s Mount at the weekend.

Franck Petricola, Nicolas Pautet, Martial Mourra, Frederic Besnard all made their debuts around the mount at the spring cup. 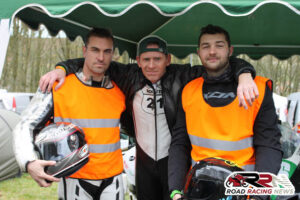 Eric Lenser was back competing around the iconic road race circuit for the second time having competed at the spring cup in 2014, he went onto clinch 16th place finish in opening super twins race.

Nicolas who is planning to make his Manx Grand Prix debut this year impressed hugely on his debut around Oliver’s Mount as did Franck Petricola. 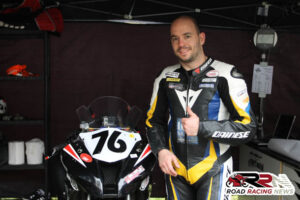 11th place finisher in superbike class in 2013 international road racing championship Franck is set to in 2015 make his Isle of Man TT debut competing on a ZX10R Kawasaki in superbike, superstock, senior races. 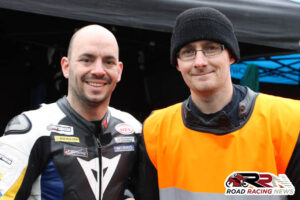 Frederic Besnard clinched 13th place finish in second junior b race, Frederic is aiming this year to compete for the first time at the Manx Grand Prix.

In all it was fantastic to see Frederic, Martial, Nicolas, Franck and Eric at the Spring Cup National Road Races, it showed the international appeal of Oliver’s Mount and its encouraging for the future of the tight and twisty road race circuit.

Jamie Coward Gets Road Racing Season Off To Good Start