Mike Minns Set For The Manx Grand Prix In 2014 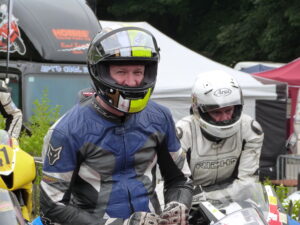 For 2014 at the Manx Mike is competing on a R6 Yamaha in the junior and senior races, alongside competing at the Manx Grand prix Mike is back at Oliver’s Mount to compete at the Ian Watson spring cup road races, cock of the north road races and Scarborough gold cup.