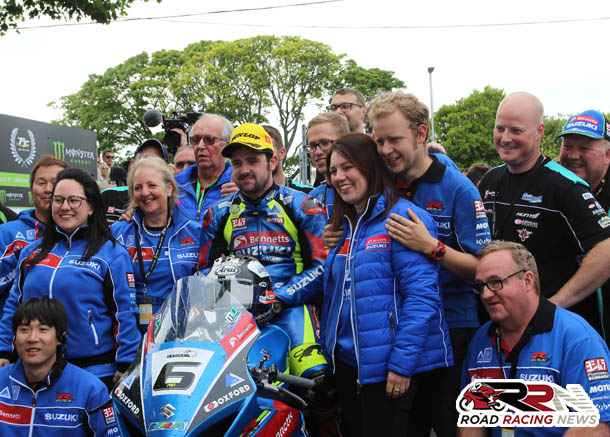 15 times TT winner Michael Dunlop is a confirmed starter for the upcoming Southern 100, piloting the Bennetts Suzuki which he propelled to a quite momentous Pokerstars Senior TT victory.

Already a three times Solo championship winner at the Castletown based meeting, he has the start in my opinion favourite for a fourth blue riband race success around Billown, in particular given that he proves time and time again, that the impossible is possible.

It’s going to be a new challenge though for Michael, at this years Southern 100. His previous endeavours at the event which carries title backing from the Steam Packet Company, have seen him pilot a variety of top spec Superbike machinery. 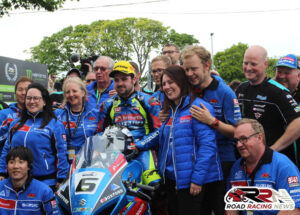 He hasn’t as yet competed at the Southern on a Suzuki in Superbike/Superstock trim. With this in mind, it’s going to be interesting to see how quickly he and the new GSX-R 1000, will gel around Billown.

Looking towards the Supersport races, it’s not known at present as to whether he will competing in the middleweight class, on his own teams YZF R6 Yamaha.

It’s already been another prodigious year for Michael Dunlop, with two wins at TT 2017.

Entering the second part of his 2017 roads campaign, which will of course include the world’s fastest road race, the Ulster Grand Prix, he will be keen to lay a marker down next week at Billown, ahead of competition at Dundrod.