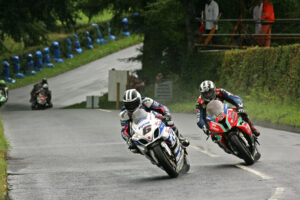 Michael Dunlop gave BMW their first victory at Armoy road races following race of legends win for the fourth year in succession. Competing on his own teams S1000RR BMW Michael surged his way to the front and went onto acquire victory by over 3 seconds.

The Ulster Grand Prix is looming on the horizon and the 11 time TT winner will be aiming to secure feature superbike race victory for the first time at Dundrod. BMW Hawk racing superbike has the potential to dominate at the hugely popular road race where Michael has being a six time winner.