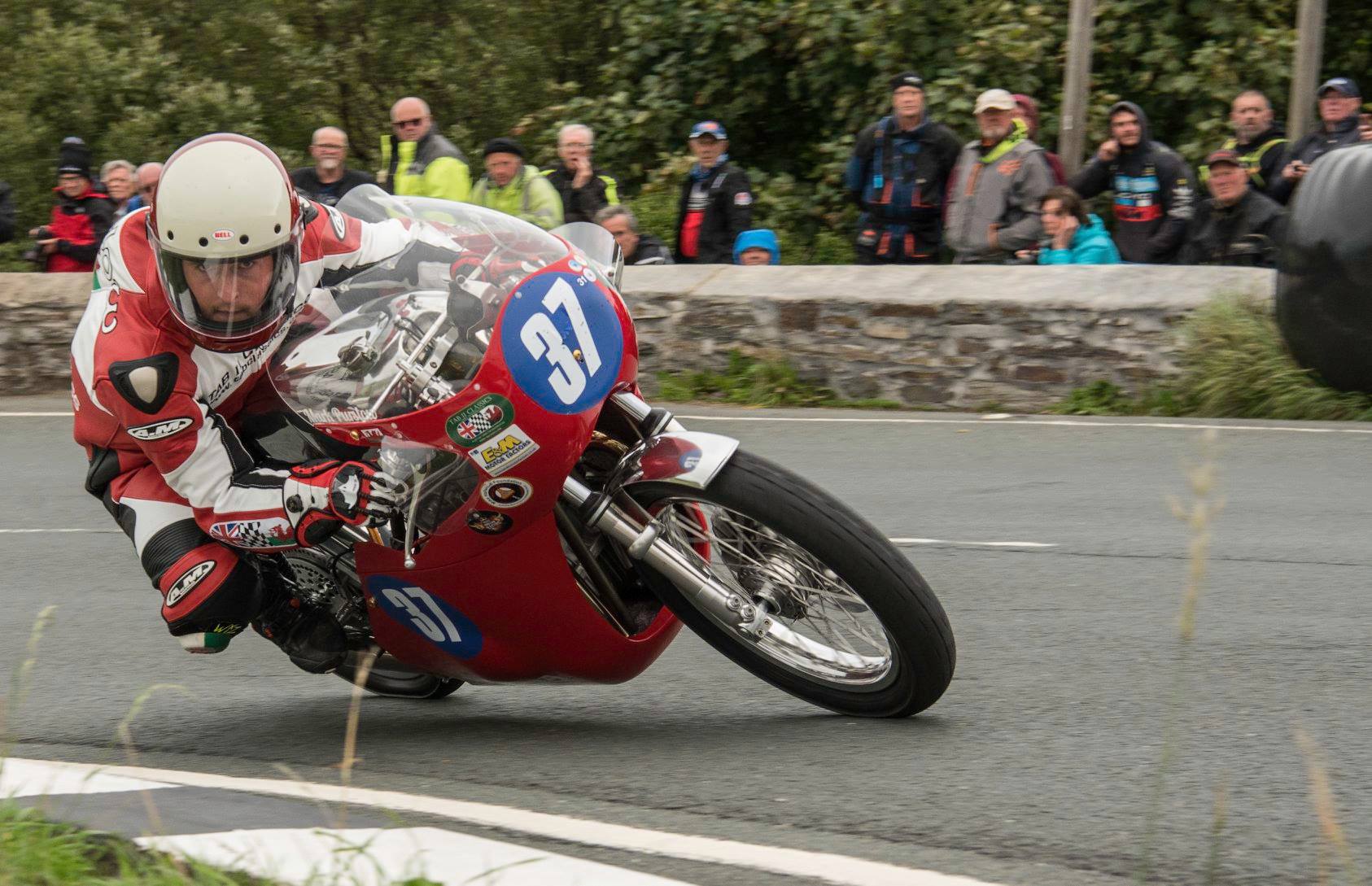 Welsh Motorcycle Racer Mark Purslow is on full throttle this season. With a flurry of recent conquests, including wins at Tonfanau and Aberdare events, he has proved he is a force to be reckoned with.

At his first attempt in the recent Armoy, Race of Legends, he secured a well deserved second place finish, beating some of the most well established Irish racers. He raced a stunning Honda CB500-4 and Honda CB350, the 500 performed at lap record pace, and he came 7th on the 350 machine.

Commenting about been on lap record pace in the Bill Kennedy Senior Classics race at Armoy, Mark stated: “I couldn’t believe it, it was amazing.”

All though there have been countless highs, there have also been many lows for the young racer. He stated: “This is the world of racing, you’ve got to take the rough with the smooth.” 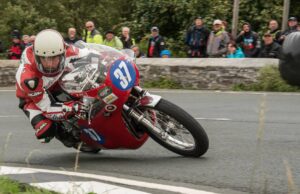 Mark is now preparing towards the Isle of Man Classic TT, which is just around the corner. He will race his Honda CB500-4 in the Senior, and CB350-K4 in the Junior race, including a Kawasaki ER6 in the Lightweight Manx GP races.

When asked what his goals are for his latest Mountain Course expedition, he said: “To finish top 5 in every race and maybe win. I love the speed and thrill of racing and being able to forget everything else, it’s just me and the road, it’s my passion.”

His biggest victory was winning the Isle of Man Manx Grand Prix Lightweight race in 2015, when he completed for the first time on the notorious Mountain Course..

He wishes to relive that moment in 2019. One of his other top achievements is holding the title for fastest newcomer at the Pre-TT Classic Road Races.

If you wish to support or follow Mark along his racing journey, he is active on all of the following social media pages, and he welcomes any sponsorship or contact from anyone who wishes to support his future racing.