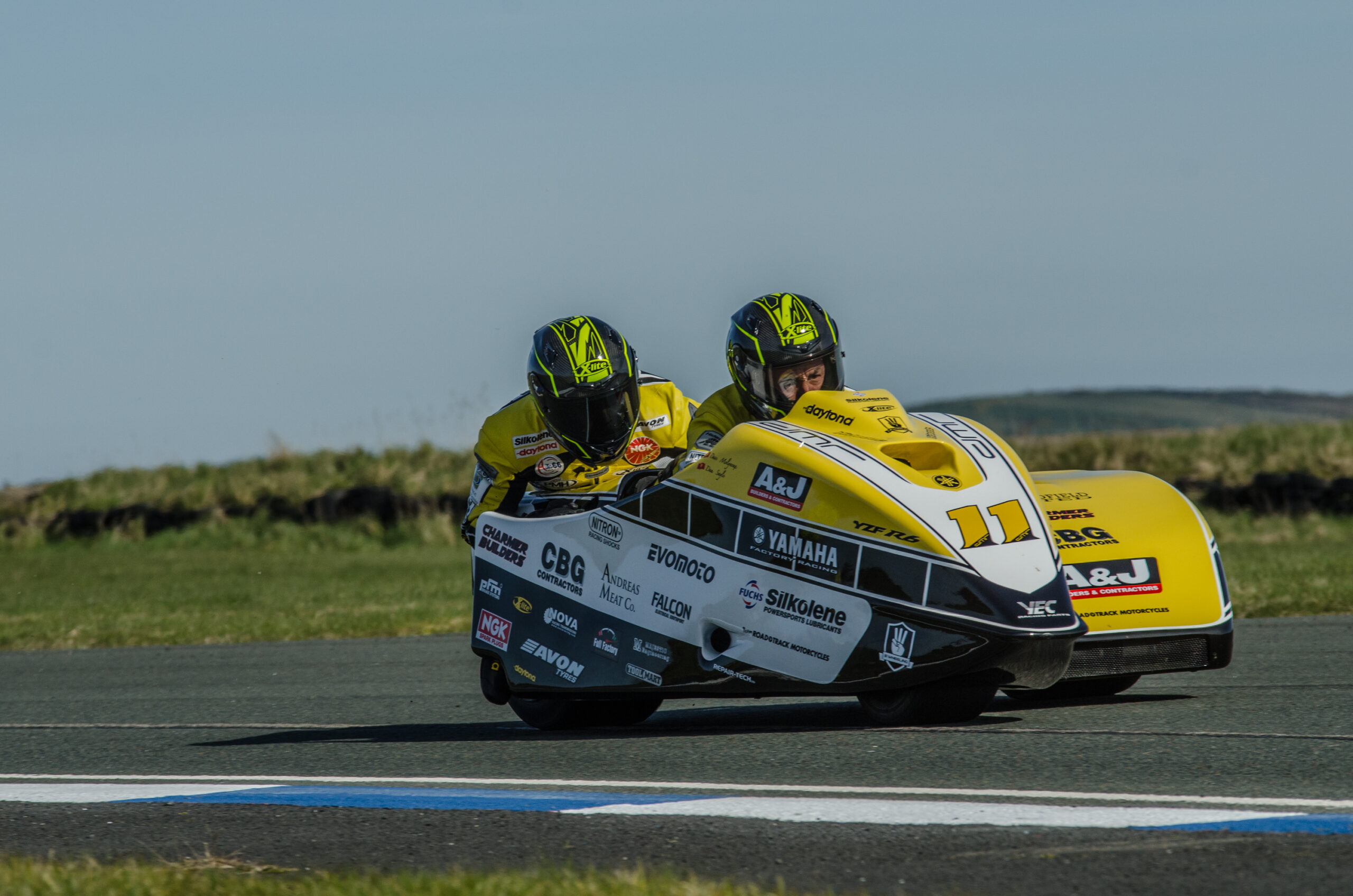 Many a Manx roads star opened their 2017 race seasons in style, at the weekend at Jurby.

Winning the opening Sidecar race, the second three wheel encounter, saw them non finishers, they set though an ultra rapid lap time of 1 minute 09.557 seconds, as they gelled extremely quickly with the all new YZF R6 Yamaha powered DMR outfit. 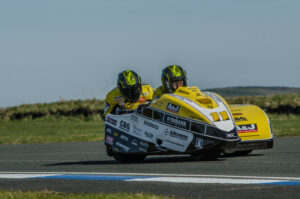 Reigning Newcomers A Manx GP winner Michael Evans competing this year in the Martin Bullock Manxsport colours, impressed in particular in the Supersport races, where he secured third and second place finishes.

Jamie is confirmed to start his 2017 roads campaign, at the Spring Cup National Road Races at Oliver’s Mount. 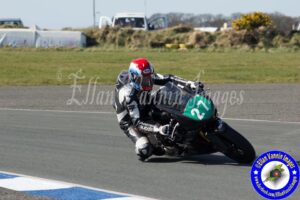 The opening roads action of 2017 on the Isle of Man, is scheduled to be at the Pre TT Classic Races, which marks the start of the TT 2017 festival in just over sixty days time.