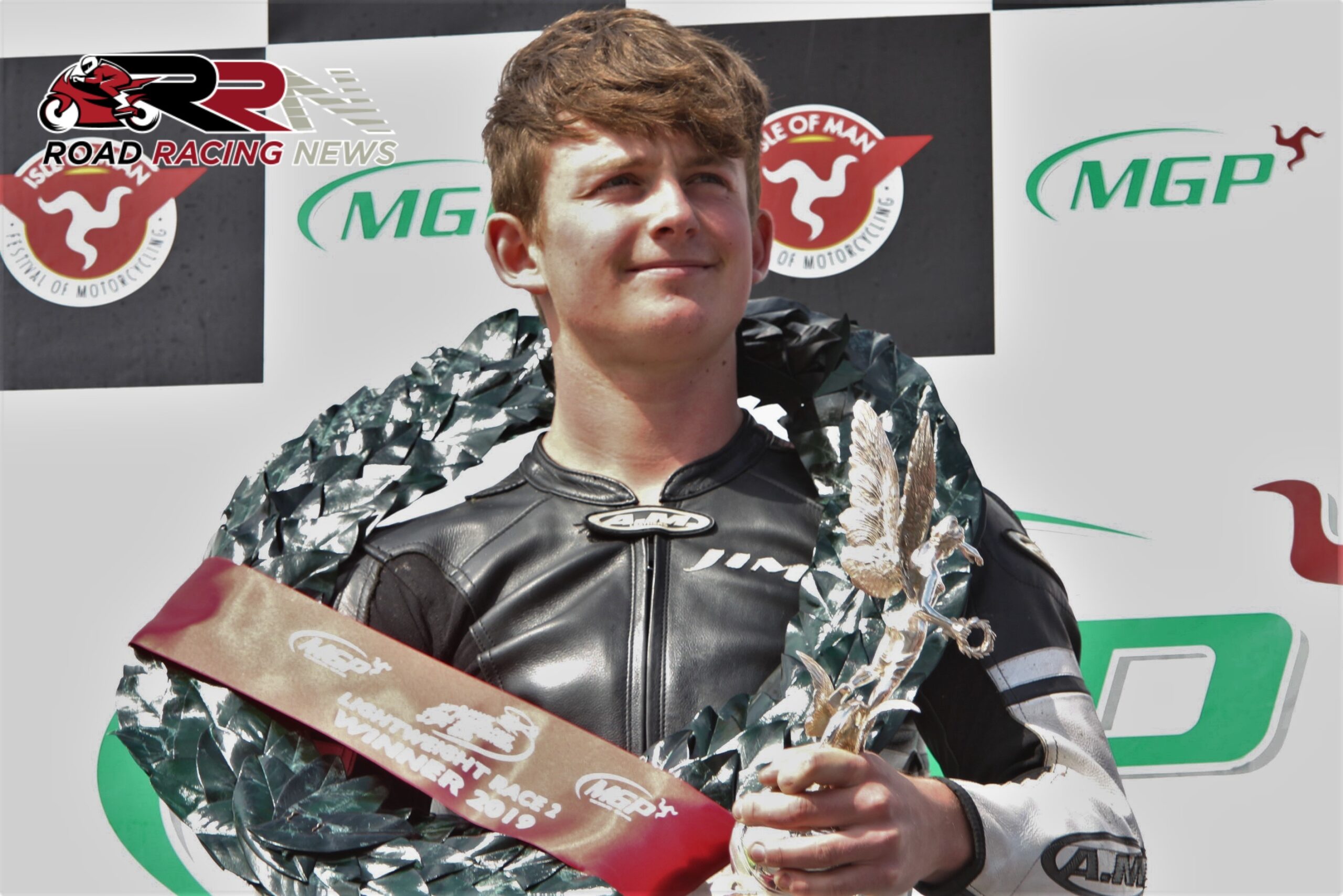 2.282 seconds behind Francesco Curinga at Glen Helen on lap 1, it wasn’t long till Hind exerted his authority on the race, moving into the race lead at Ballaugh Bridge, then pulling five seconds clear at the Bungalow.

3.552 seconds ahead of S1-R Paton mounted Curinga at the end of lap 1, lap 2 saw the Junior/Lightweight MGP lap record holder up his race lead to in excess of 13.4 seconds. 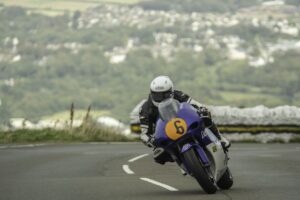 Lap three began with Hind under pressure to keep the race lead on the run to Glen Helen, after having a relatively slow pit stop which allowed Italian star Curinga to close to within just under two tenths of a second.

By Ballaugh Bridge though Hind was back into the groove, moving 6.244 seconds clear, which extended at Ramsey Hairpin to plus ten seconds. 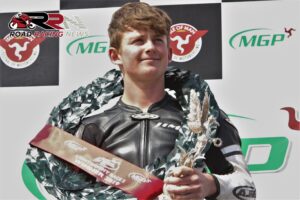 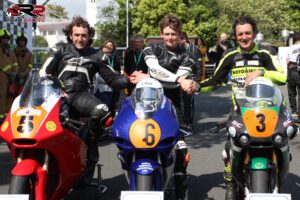