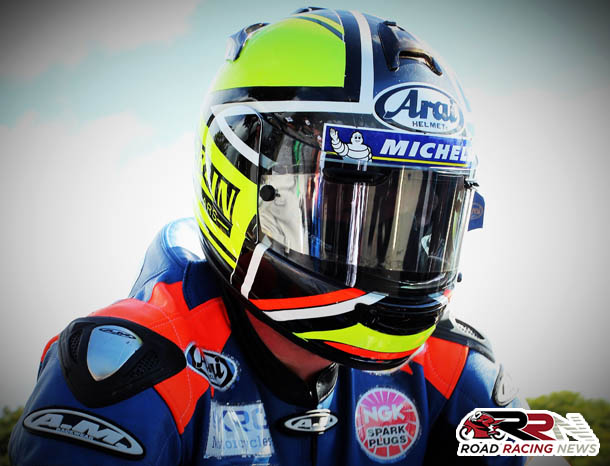 Wayne Humble was amongst the stand out newcomers to the Mountain Course, during this years Manx Grand Prix.

Having shown strong form throughout practice week, he went into the Newcomers A race, confident of contending for a stand out result.

From here he was throughout the main challenger to eventual race winner Michael Evans, in the end he finished third, lapping along the way in excess of 116 mph. 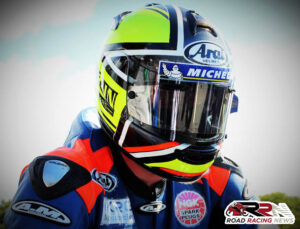 Unfortunately in the Junior race, when on course for a possible top ten finish, he was involved in an incident at Governors Dip, where he sustained hip and pelvis injuries, speedy recovery Wayne.

Despite what happened in this race, he showcased during the two weeks competition at the Manx GP, that he’s already an accomplished exponent of the Mountain Course. 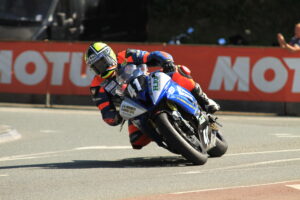 He is already thinking about next year’s Manx, where if everything falls into place, in my opinion he will be in contention to be standing on the rostrum again.