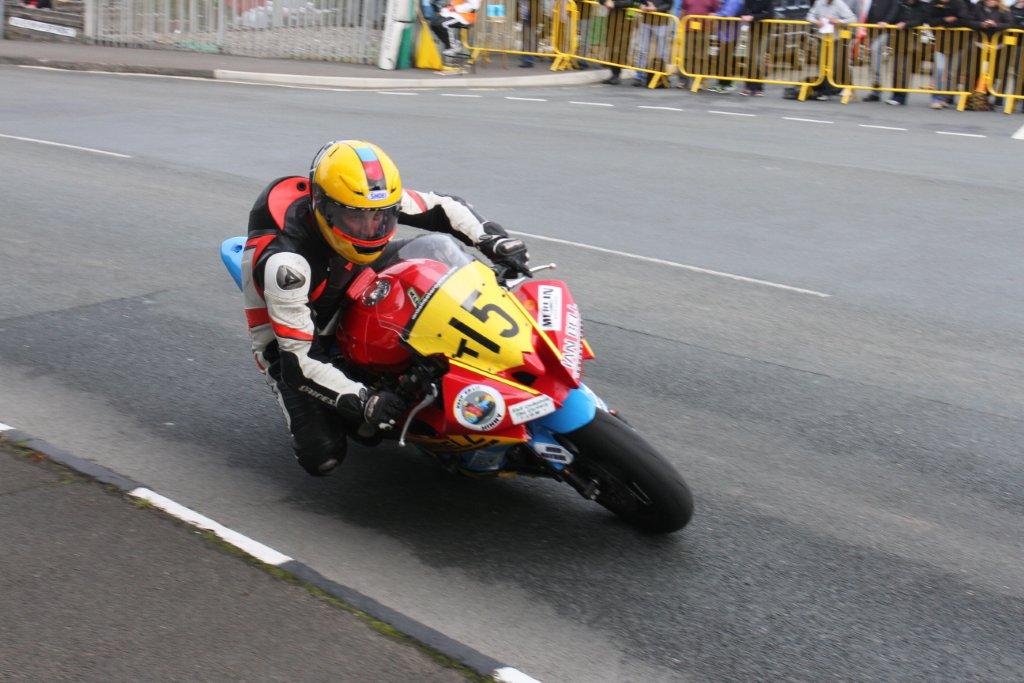 Returning to the Manx GP for the first time in three years, Mike was soon back on the pace around the most famous road racing circuit in the world, lapping during practice week, in excess of 115 mph.

His race week began with a 31st place finish in the Junior race, following an accomplished performance on the Merlin Sidecars backed YZF R6 Yamaha. 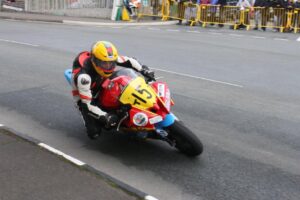 Next race on the horizon for the 2012 Junior Manx GP runner up, was the big one, the Senior.

Finishing a very respectable 32nd on his YZF R6 Yamaha mount, which carried a tribute to the late but great Ian Bell, it was another solid, consistent and productive race for the rider who made his Mountain Course debut back in 2003. 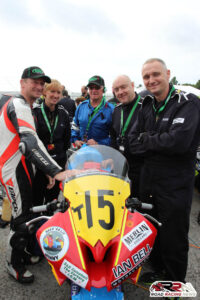 A true stalwart of the Manx Grand Prix, Mike Minns has in his career at the iconic meeting, accomplished many momentous feats, which include two second place finishes, plus fifth place in the 2012 Super Twins encounter.

Looking to the future, it would not surprise me and many to see Mike contending again, for more Manx GP podium finishes.