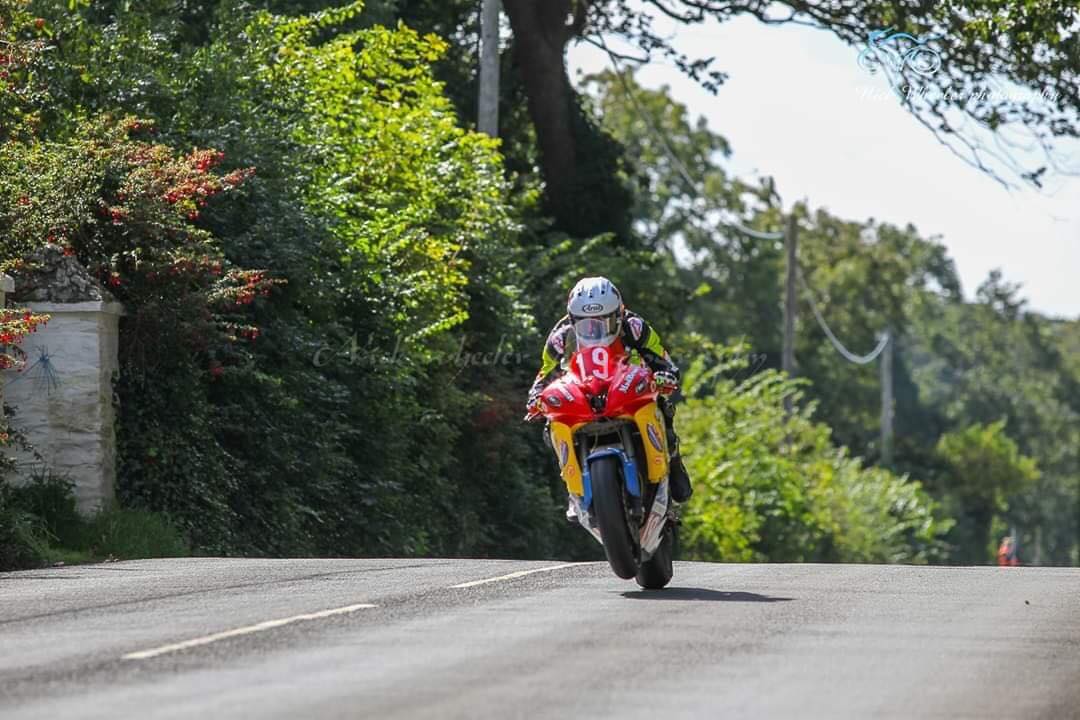 Planning to tackle during 2022 the North West 200, IRRC events and the Manx, his answers to the Mountain Course themed set of questions are as follows:

“I was really delighted because it’s a dream since I was little, my efforts paid off around a magnificent circuit.”

“The Kawasaki ZXR750, my father had one for the road and I would like to race one, one one day for the TT Classic.

I also started with a Kawasaki ER6 from the McKinstry team in the Newcomers B race at the Manx Grand Prix in 2019.”

“I have many good memories but the best memory was during the Newcomer B race when the Marshal let us go and we entered the race delivered to ourselves, a dream that came true.”

“I admire all great riders but two in particular. John McGuinness for the sheer number of participations and victories gained in style.

The second is Fabrice Miguet who is gone now. He supported me so much for this race in advice and mistakes not to make, I had the chance to help him in 2016 during the TT.

To thank me he gave me a complete motorcycle tour explaining everything to me and I thank him and I hope he watches over us. Thank you again MIG National as said in France.”

“In a word? Difficult but just incredible I want to come back in 2022 to prepare for the 2023 TT, there are no words for this fabulous, unique track in the world.”