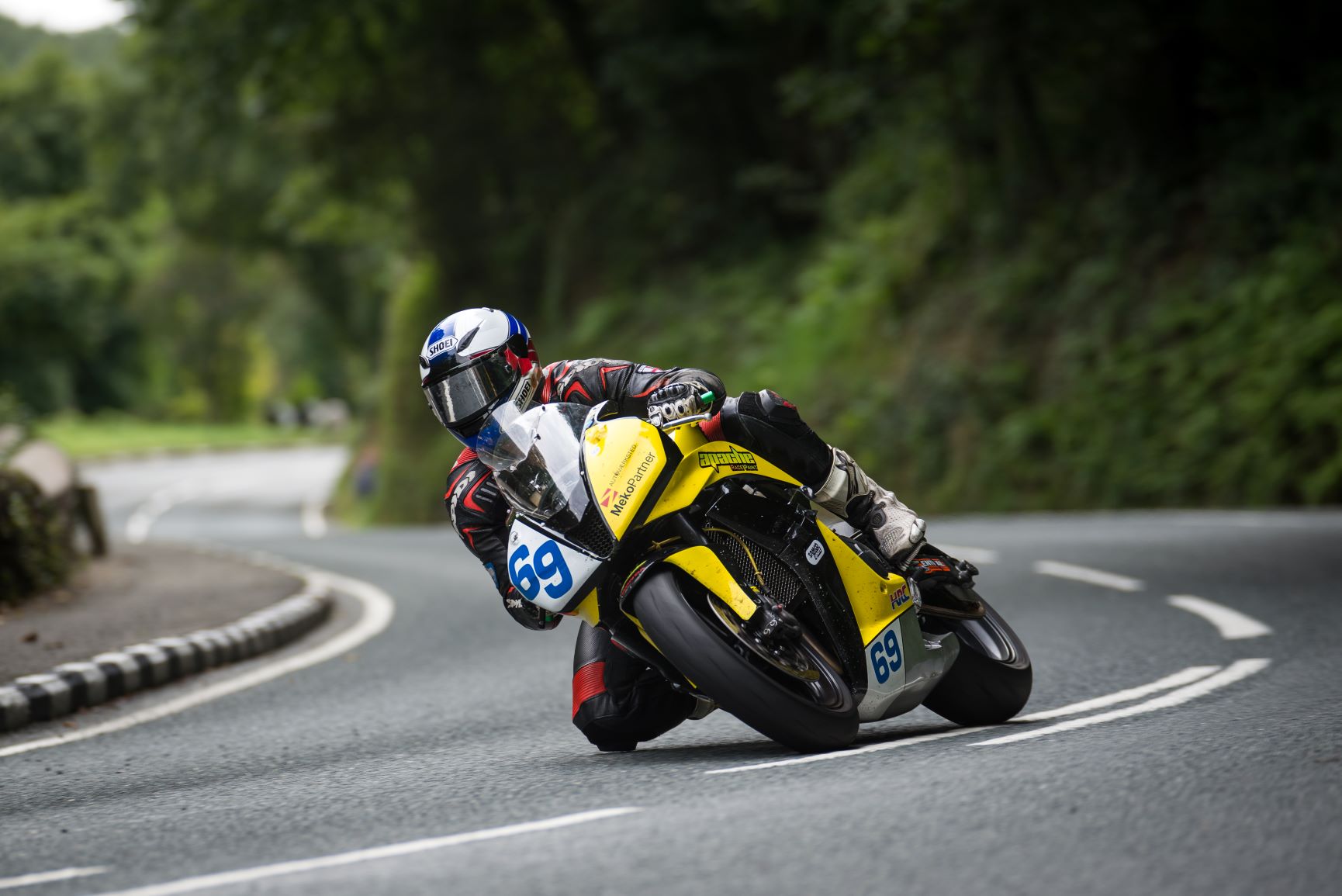 His nation’s to date only combined TT, Classic TT, Manx GP competitor, his answers to the Mountain Course themed set of questions are as follows:

“First Impression of the TT Course, well it cant really be described in words, its a place of legends and the whole atmosphere of the place is really magical.

Some of the best riders ever have raced there and it’s the greatest test for man and machine on this planet. Its also a very brutal unforgiving place, but at the same time the most beautiful place.

I will never ever forget the first time going down Bray Hill fully committed flat out in 6th gear and racing between houses and dry stone walls with zero room for any kind of mistake. It takes a lot of mental strength and you need to be extremely focused 110 percent of the time.

This place has got everything its like every race track in the world inside this one giant track, you’ve got very technical sections, bumpy sections, different surfaces of tarmac with different levels of grip.

It’s unbelievably fast for most of the time and sometimes in places so fast and bumpy that your vision goes blurry like at the 20th milestone section from Ginger Hall and all the way til Churchtown.

It is also the longest track in the world at 60.72 KM with 260 corners and a million hazards you need to think about, all that while doing death defying speeds.

So you need to do your homework properly and know it so well that you can do it blindfolded, because another other thing with the TT circuit is that a lot of the corners are totally blind, you cant see nothing on the other side, while at the same time you are coming in to them carrying some very very serious high speeds.

You sure need to know what you are doing and exactly were it all goes. It’s pretty crazy stuff I’ll tell ya. We can go on and on talking about it until Christmas but we probably haven’t got time for that!

But for sure nothing comes close to it and I think after you have raced there nothing will ever really excite you again. When something comes up that might look a little bit exiting, you will just be yeah whatever!

I’d rather just have a cup of tea. It’s just a very powerful experience to race there and it is the single greatest thing I have done in my life.”

“Think it was the CBR600 (Honda) that I raced in 2013. I had all the right things on it proper suspension etc.

It also had a very fast proper race engine, it was supposed to last for the races but unfortunately that engine blew up during practice week so I had to use one of my spare engines instead but other than that it was a great bike.” 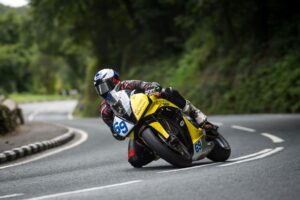 “It’s difficult to pick out any particular memory because there are so many great ones, one thing I can think of though is, it might not be a specific memory is that whenever I raced at the Isle Of Man, I always had this fantastic feeling over me, that stayed with me the whole fortnight of the event guess it must be the buzz and the atmosphere of it all, It’s great.”

“Not sure but there are many great bikes to choose from. I remember the GP5 ducati bike that Loris Capirossi raced in GP’s that was a wild bike but any Superbike or Moto GP bike sure would do me.”