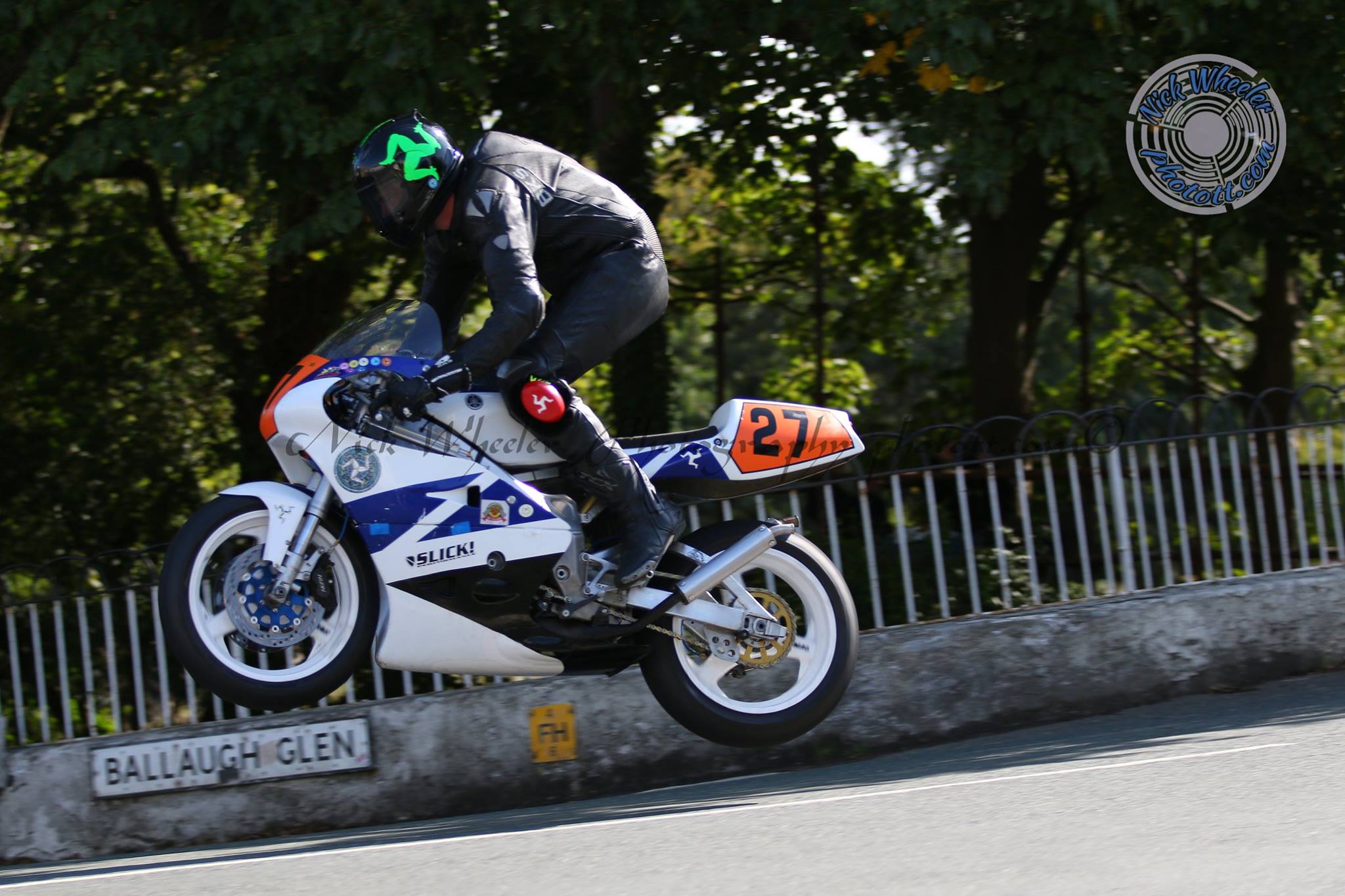 An excellent eighth within the 2018 Lightweight Classic TT, a top ten finisher in the 2013 Newcomers B MGP, prominent two stroke specialist Steve Ault is next to take part in Road Racing News, rising in popularity Manx GP Top 6 series.

Carrying a roads CV which also includes overall three MGP top twenty finishes, his answers to the Mountain Course themed set of questions are as follows:

“The first time I raced the MGP (2013) I was shocked how suddenly being allowed to use all of the road, which I had expected to feel so wrong actually felt so natural!”

“My most memorable MGP bike is definitely my current TZ250 (Yamaha), it just feels so at home on the Mountain Course.” 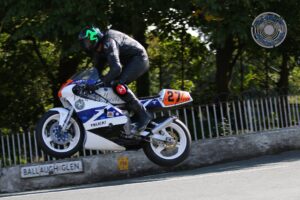 “Most treasured memory was the 2013 Super Twin race. It was damp most of the circuit & thick with fog up top, I loved it.

I knew I was going well in that race but unfortunately for me it was red flagged due to the weather during the 2nd lap.

There was a 2 lap re run soon after, I made it as far as Braddan church on lap one, already bearing down on the rider ahead & I ended up in the bales! The front washed out on the power exiting the corner!”

“There isn’t really any one competitor I look up to but I’ve always (since before I started racing) had a huge respect for anyone with the balls to do it right down to the last placed man.”