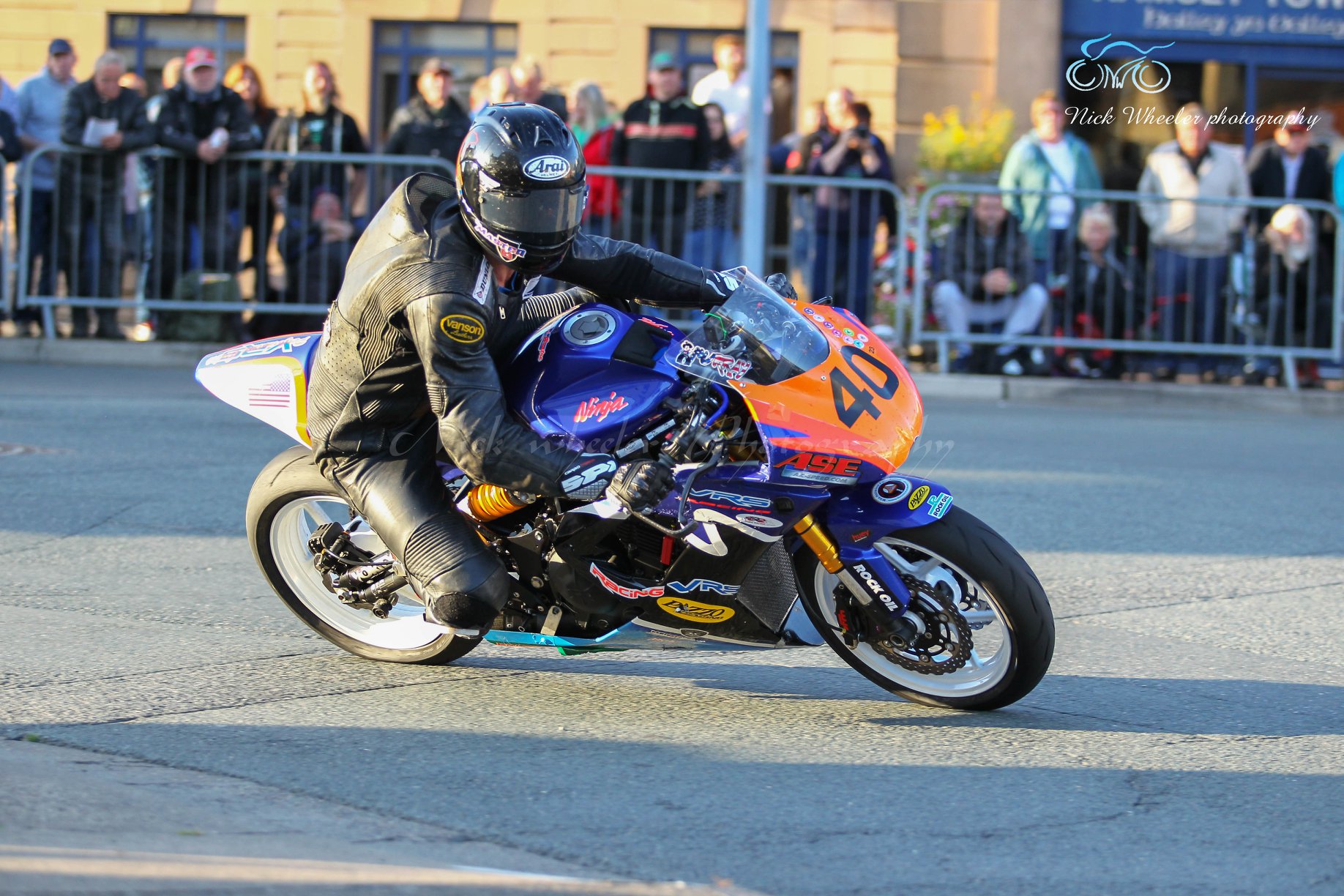 A top thirty finisher at the TT, Classic TT Races, American International roads competitor Pete Murray who finished a very creditable in the Newcomers A MGP of 2015, is next to take part in Road Racing News rising in popularity Manx GP Top 6 series.

“First initial thought, I had never been around the course before, so I came over a week early to get some laps in. I had only made the decision to compete at the Manx just in time to get my entry in back in March and so had been studying day and night to learn the course for 5 months.

I thought I knew it pretty well when I got on the plane to Ronaldsway in August and that I must be much sharper than all those people who said it took years to learn the course.

Then I drove round in my rental car. It was then I realised that it’s one thing to ‘know the course’ while sitting at home in front of the fire and quite another to know it while actually negotiating its bends. My initial thought of the Mountain Course was: This is going to take dedication.”

The most memorable has to be the 650 I rode in the 2019 Manx. I will always remember that bike, not because it was super-fast, nor because it handled brilliantly, nor because of some fault with it.

Nope. I’ll remember it because it’s the one for which I used my torso as an anvil to re-shape the seat sub-frame during practice with my teammate following me! in front of the Railway Inn.”

“Wow, that’s a tough one. It’s all kind of a blur. But if you filter that blur, sift through the reds, blues, yellows, greys, you’ll see people.

You’ll see the incredible faces of more amazing people than I ever imagined would touch my life. I’m not a big crier, but yeah treasured indeed.”

“I’ve been asked a similar question before and although I’m really not one for putting people on pedestals, the answer remains the same: Robbie Silvester.

As a talent to be watched, Robbie quickly moved from the Manx to the TT but his career was cut short when he suffered near fatal injuries in an incident at Greeba Castle.

It’s not that he was a talent on the Mountain Course, nor that he survived a big off that causes me to look up to Robbie; it’s his selflessness, dedication, and determination.

In the years since his crash, he has battled all the battles that one does after such an incident and that might be enough to make us look up to him but what makes the difference to me is what he’s done for other people.

His dedication to motorcycle racing over the Mountain Course and that every time I filter through that blur mentioned in question 3. He’s standing right in the middle of the crowd with that big grin on his face.” 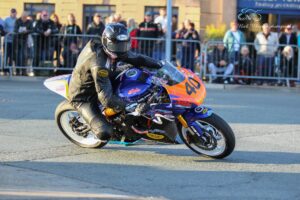 “Classic question. Only one, any series. There are a lot of machines in a lot of series, as my fellow American and Mountain Course racer, Chris Sarbora, reminded us with his choice of a Trophy Truck.

F1 anyone? Those videos of the Subaru breaking the four-wheel record are pretty bad-a… er… cool. But nah, I’m stickin with two wheels.

My choice is my dad’s 1975 Yamaha XS-650. My first year at the Manx, in addition to my entry for the Manx GP, I had actually put an entry in for the F2 class at the Classic TT which my dad’s bike would have been very competitive in (dad’s bike has done very well against SV650 Suzuki’s).

Alas, that entry was not approved and the next year the XS was no longer a viable competitor in F2 due to rules changes, so yeah, I’d like another shot at that opportunity missed.

Sure I’d like to wrangle some 200+ horsepower no-electro-nanny-having beast around the course, a lap on one of the last of the 500 GP breed would finally make the use of the word epic justifiable, and the opportunity to race something iconically American (Muzzy ZX7, Harley VR1000, Oliver Godfrey’s 1911 Indian) would be the opportunity of a lifetime.

But racing my dad’s bike over the course that has taken over my life? Priceless.”