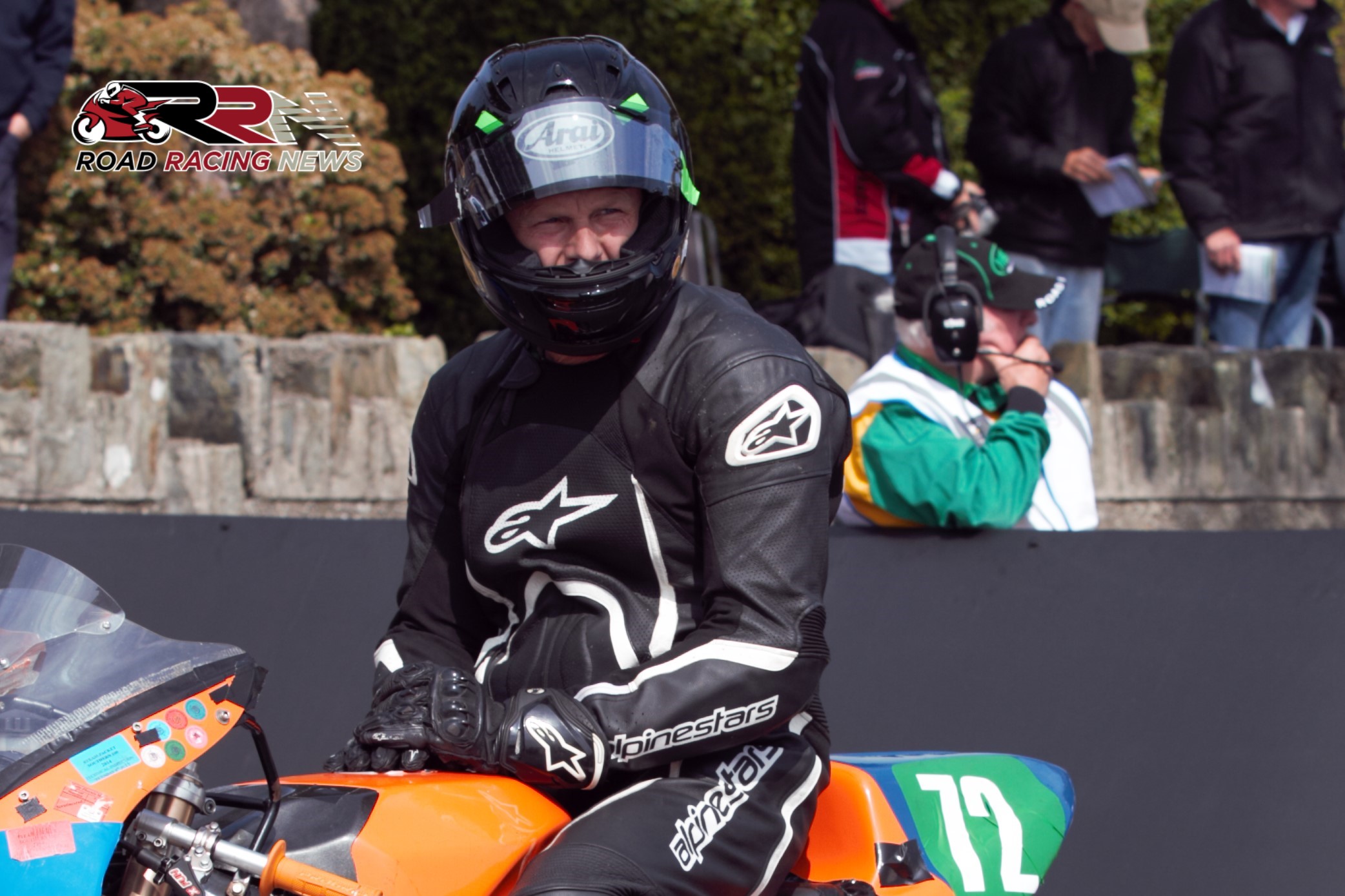 A top ten finisher during his MGP debut from 2008, 2012 Lightweight race podium finisher Adam Jones is the next racer to take part in Road Racing News, rising in popularity Manx GP Top 6 series.

Seven years an MGP competitor, an extremely accomplished exponent of Kawasaki machinery, his answers to the Mountain Course themed set of questions are as follows:

“The one thing that will always stick with me is heading off towards Bray hill on my first unescorted lap thinking this is absolutely bonkers and how fast do I go really go through the bottom of Bray hill at.

I quickly realised that the optimal speed to head down, through and out of Bray Hill is flat out as this provides you with a huge grin, a wheelie a massive sense of achievement and absolute pride in the fact that this little Island in the middle of the Irish sea holds if not the most then one of the most famous and iconic Road Races in the world.”

“My most memorable bike, well I never had many but my 06 ZX6RR (Kawasaki) was pretty amazing. Slick Bass kept it running mega-strong for years and the only unexpected cost was replacing the battery.

The bike was amazing and it’s probably where I found my Magpie like passion of collecting all items of Kawasaki Green based items.

My cousin ‘Caz’ even found time to throw me a Green themed 40th. I can’t mention amazing bikes without mentioning Dave Clarke’s ZXR400 (Kawasaki) that I used for my 3rd place finish in 2012.

From memory my 400 blew up in Wednesday evenings practice, I called Dave on Wednesday night, bike delivered Thursday, I put in qualifying laps Thursday and Friday and ended up on the podium the following Friday.”

“I don’t really have one as such. I’ve got my finishers medals and my podium trophy which all have great memories attached to each one but I guess my treasured memories are about the friends I made.

The camaraderie seen and felt amongst competitors, the early mornings swiftly followed by a late night on the spanners, the pit lane opening and then realising you forgot to collect fuel and having to send someone off on a scooter to Shoprite.

Post-race or practice assessments, asking how the heck did they get through that corner that fast and why couldn’t I, listening out for the ominous ding dong of attention paddock attention paddock.

Seeing all the members of the Orange Army out there in all conditions and lastly, not forgetting to take time to think about others who never made it back to the Paddock; they were your friends, your competitors and if it wasn’t for them and the love that they also showed for the sport then we wouldn’t all be there.”

“I can’t really think of any one specific competitor who I looked up to. I’ll run with a clichéd response; to just do what any MGP competitor does then you must look up to them. 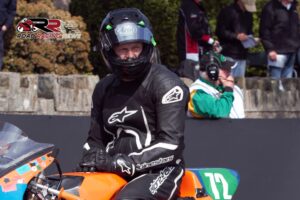 “My one word to describe the MGP would be a long but little known word outside the realms of Road Racing which is Phenomawsommegamazing, simply pronounced Phenom-awsom-mega-mazing!”

“I’d love to ride, have a dabble on either of the factory backed WSB or PBM BSB Ducati’s.

It may not last, it may rattle itself apart but they look fast, sound fast, they have wings, an amazing Barrp from the cans and am sure chics dig them more than tattoos and scars.”