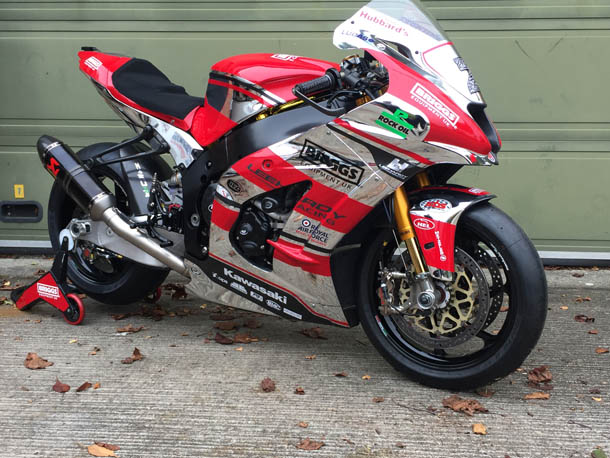 Gary Johnson has made the late switch to Lee Hardy Racing for the 64th Macau Grand Prix, as he links up for the first time with the former event winners.

Set to pilot the same ZX-10R Kawasaki that Jake Dixon has taken to race wins this year in the British Superbike Championship, it wouldn’t at all be a surprise to see the two time Supersport TT winner next month return to the international road race podium finishers circle. 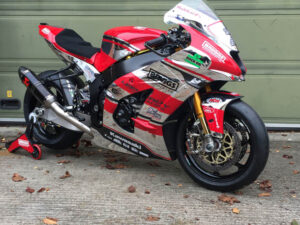 Speaking about the late deal for Macau, an enthused Johnson stated:

“Time constraints meant it was looking unlikely I’d be able to go to Macau with my own set-up so when Lee called, it was a no-brainer and easy to say yes.

It’s a well proven bike and team in BSB and Jake ran consistently in the top ten all season, won races and made the Showdown so it’s a great opportunity for me.

I’d obviously liked to have had more laps on the bike but the test we had at Donington was more than worthwhile as we were able to get the bike set up to suit me and iron out a few issues plus it was good to start working with Glen, someone who has a wealth of knowledge to tap into.”

Adding his thoughts about the world class competition, that he will be up against at Macau, he said:

“The likes of Peter (Hickman), Michael (Rutter), Martin (Jessopp) and Glenn (Irwin) will certainly be the men to beat given their previous form at Macau and the fact they’ve been riding well all season in the British Championships.

But with everything taken care of now in terms of the bike and the team, I can focus on my fitness for the next few weeks to ensure I’m as ready as I possibly can be once practice gets underway.”

“We’re delighted to welcome Gary to Lee Hardy Racing and whilst the deal has come together quite late, we’ve moved heaven and earth to give him a race winning package.

The bike has been at the front of the BSB Championship all season and to help Gary with his quest to win his first Macau Grand Prix, the team have pulled out all the stops and as well as having Glen as crew chief, we’ve enlisted the services of Tim Seed to focus on the electronics.

2015 was the team’s second year at Macau and we were fortunate to win the event, something which Gary is more than capable so we’ll be looking for another podium from the 2017 race.

I’d like to thank Briggs Equipment and Mother Hubbard’s for making it possible to have Gary on board.

We also have a new sponsor for Macau in the shape of Lucas Machinery and I’d like to thank them also for their help and support.”