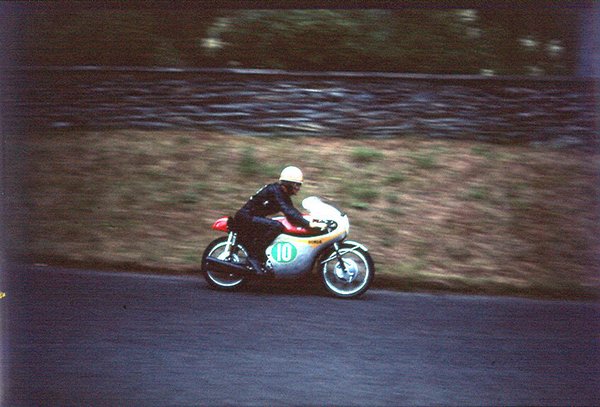 The topic of pure road racing’s connection with Moto GP may seem a touch left field, but it’s an important one to analyse.

When the Moto GP World Championship first began in 1949, pretty much all of the events on the calendar took place on public roads. 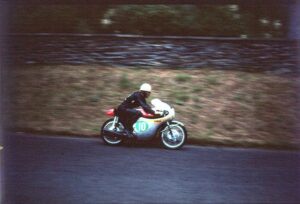 Throughout the 50’s, 60’s and early 70’s the meetings in particular at the TT, Ulster Grand Prix, Spa, Assen and similar venues where amongst the most important and prestigious rounds of the championship.

Into the mid 1970’s and with the combination of various new purpose built circuits, plus mounting pressure from a few specific high profile riders, roads events started to drop away from the championship calendar.

The last roads circuit to host Moto GP level competition back in 1982 was Finland’s Imatranajo course, race winners at the time across the 125, 250 and 350 classes were Ivan Palazzese, Christian Sarron and Anton Mang.

Since then between the hedges action hasn’t formed a part of the worldwide series, not even street circuits which are similar in nature haven’t been raced on by the evolutionary technologically advanced rocket ship Grand Prix machines.

A point to make here is we all knock Formula 1 for how dull and processional some of the races are at times, one aspect we can’t question is though that they haven’t forgot their pure roads roots.

The much coveted Monaco, Singapore and Azerbaijan Grand Prix’s all take place on public roads and whilst there may be further existing factors as to why F1 returns year in year out to these places, the fact remains due the leading 4 wheel motorsport series in the world every year backs up pure road racing.

At the end of day, every participant in motorsport makes the decision in terms of what discipline of the sport they want to compete in.

The FIM (Federation Internationale De Motocyclisme) relationship with road racing, over the last 70 years has been at times a rocky one.

It’s fair to say they divide opinion with some within the pure road racing fraternity, to some they have allowed freedom of choice to riders, and to others they have treat roads circuits in a not correct manner fitting of an organisation of it’s importance.

In particular when the TT lost it’s world championship status in 1977, it was perhaps easy for fans and aficionados to point the finger of blame on the FIM.

Essentially though the main reason behind this scenario, was due to top riders boycotting the event, in effect increasing the pressure one by one on the FIM, in other terms the governing body was in a battle with it’s top stars about what part the TT and similar roads events would play in Moto GP’s future.

Despite the upheavel of forty years ago, perhaps in effect it’s been to the TT’s benefit.

The most famous road race in the world is now enjoying a golden era as are it’s fellow international meets, the North West 200, Ulster Grand Prix and Macau Grand Prix.

Part 2 of pure road racing’s connection with Moto GP, focuses upon the riders, manufacturers and teams who defined a quite prodigious time in two wheel racing history.