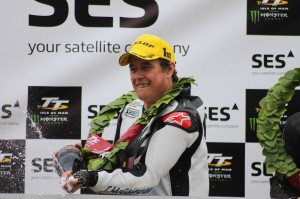 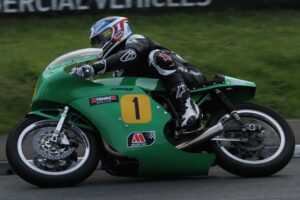 Throughout this year John’s season has been challenged by a persistent wrist injury in spite of this the TT legend enjoyed a solid and consistent TT 2014.

Which included TT zero victory and a new lap record on the Mugen, John since making his TT debut back in 1996 loves competing on the mountain course and its no different in classic TT races.

Last year saw him one of the favourites for 500 classic TT victory before reliability issues struck in the race, John will be hoping this years race goes to plan and that another victory on the most famous road race circuit in the world is on the cards.