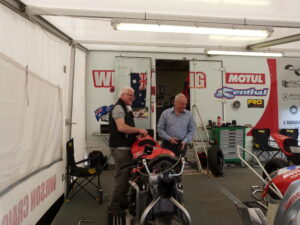 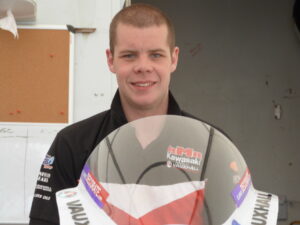 Jamie Hamilton has signed for Wilson Craig racing to compete at this years international road races. Jamie will be Honda mounted for the superbike, superstock and supersport races at North West 200, Ulster Grand Prix and Isle of Man TT. Wilson Craig racing are one of the most highly rated teams in the paddock, 2013 saw the team record a brilliant second place finish with Cameron Donald in superbike TT race.

Plus Wilson Craig racing have being victorious over the years at North West 200 and Ulster Grand Prix in the supersport class, a class which Jamie Hamilton is getting better and better in. Jamie is also getting to grips more and more in the superbike races, 2013 saw the determined rider achieve a quite superb 5th place finish in second superbike race at Ulster Grand Prix, Wilson Craig racing’s highly competitive superbike should give Jamie the tools to achieve potentially a step on the podium.

What a combination it is seeing a such highly regarded road racing team working with one of the biggest rising stars in the sport, what a year could be in prospect for both.

Kells Road Races Are Back