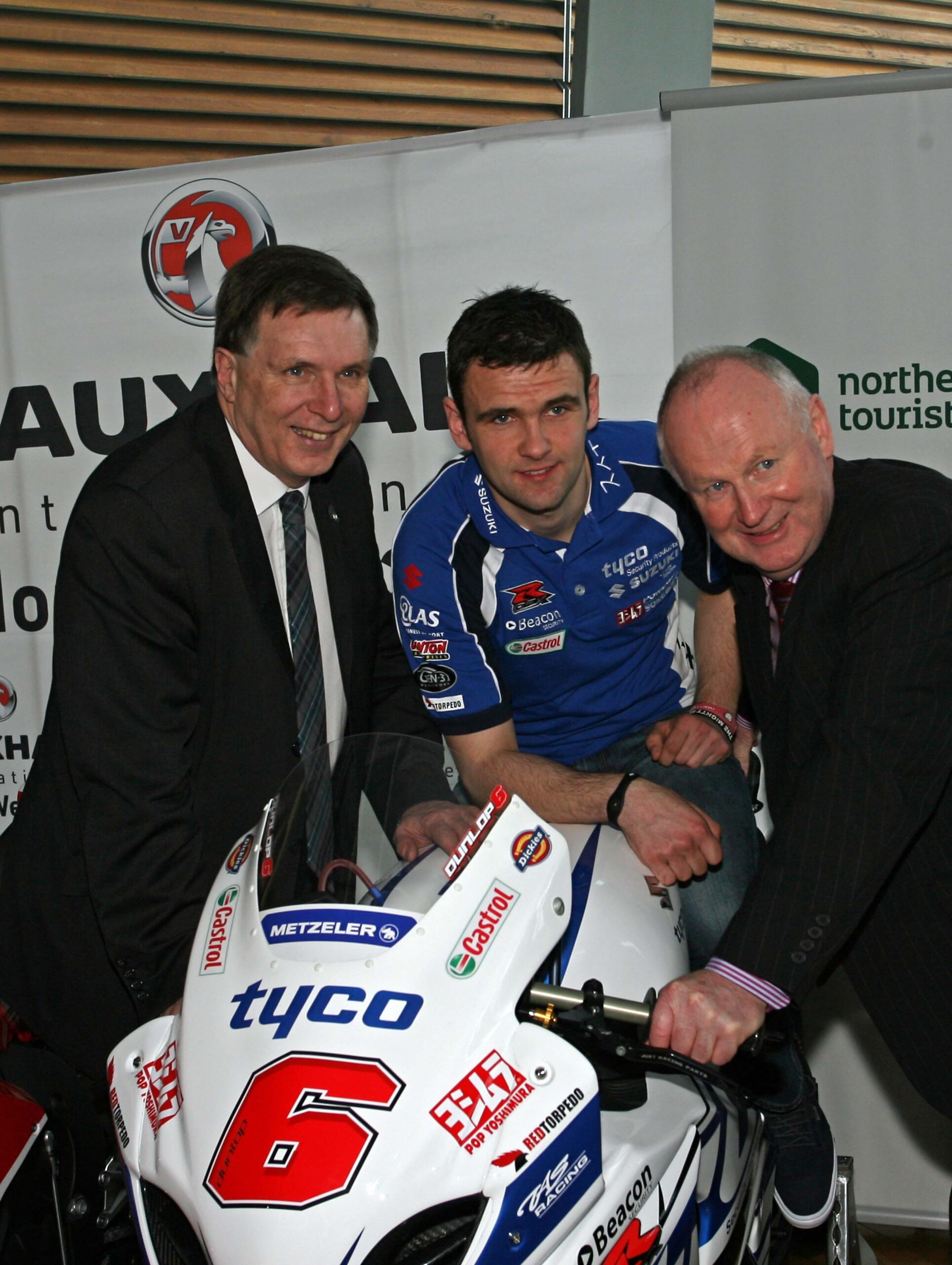 In March of 2014 I had the great opportunity to ask the much missed William Dunlop a set of questions relating to his first roads campaign with the TAS Racing run Tyco Suzuki squad.

William’s candid, thoroughly honest answers to eight questions on topics including Oliver’s Mount, the Cookstown 100, lap speed targets at TT 2014 and his new challenge with Suzuki machinery were as follows:

Q1: Your beginning your 2014 road racing season at Oliver’s Mount, Scarborough, how highly do you rate Oliver’s Mount amongst the road races you compete at?

“It is my least favourite track it’s very tight and narrow but I enjoy the event and the people who run it maybe because I struggle round here.

It’s a fun event for me and result are irrelevant so it makes it fun. I always end up doing the end of year event (Gold Cup) but this year I’m taking in the first event (Spring Cup) as well. It will be good for more track time as we are running out of time before the TT and I’ve lots of things to try yet.”

Q2: How vital will the Spring Cup, Cookstown races be in terms of gaining track time ahead of the Internationals?

“Cookstown will hopefully be good as there’s a few bumps and jumps to get me familiar with the chassis and what it will do.

Any bike that handles well on a circuit like this is important to me as these bikes (Tyco Suzuki’s) are completely new to me.”

“2013 was a year of bad luck really. We never had much time with the bikes and with them new to me we struggled. Very little testing, a wet North West 200, we went to the TT blind really.

The second half of the year went well for me and we started to get things the way I wanted. It’s a shame as the bikes were very good, I think we would have been very competitive at the North West, had I got the chance.

I think most what I took from the year is it’s hard to let go and let others work at my bikes, people who know more than me but I’m starting to let go.”

Q4: TAS Racing have a great record at the Isle of Man TT, this must give you confidence going into TT 2014?

“Yeah they are one of the most successful teams in the paddock and are the last team to beat Honda in a Superbike race around the Mountain track.

I have a lot of confidence as the team understand me and have respect, they take on what I say and always have tried to accommodate me as I can be different.

It is going to be hard with everything new but if any team can get me to gel quickly it’s them. I’m really excited for this year.” 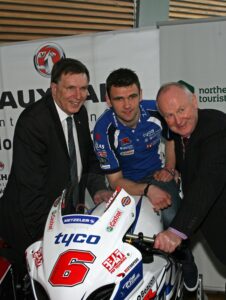 “I’ve done one lap at over 130, it was a big jump straight from 128, I did the lap on my own and from a standing start, so it’s all there but I wasn’t fit last year, it was again bad luck.

Q7: How important to you is a TT win?

“It’s the last one for me, I’ve many wins at the North West 200 and Ulster GP, this will complete the set and at the moment this is one of the biggest events in the world.

It’s a road racers ultimate, it will come but it’s taking longer than I thought.”

Q8: Finally, which rider are you looking forward to racing against in 2014?

“I always looked forward to racing against Palmer (Chris) and Lougher (Ian) on the 125 but both have retired so hopefully someone new comes through.

I think there is a few good guys coming through on the roads, Derek Sheils is someone I like riding with, very clean and straight, rides for the right reasons.”