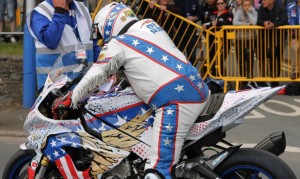 Ice Valley racing has an illustrious history on the mountain course. The team managed by Paul Shoesmith has over the years run many exciting TT newcomers, rising stars, up and coming road racers.

Paul made his TT debut back in 2005 and in 2007 under the team name Speedfreak Ice Valley racing ran Gary Johnson on R1 Yamaha in superbike, superstock and senior TT races. Gary went onto have a memorable TT debut, since 2007 the rider nicknamed aka Driver has gone onto become a two time supersport TT winner.

In 2008 Speedfreak Ice Valley racing teamed up with Mark Miller whilst Paul Shoesmith’s results on the mountain course continued to get better and better. The next time the team would run a rider alongside Paul was at TT 2011 when Simon Andrews made his eagerly anticipated TT debut.

For team owner Paul “Shoey” Shoesmith it was also a hugely productive TT as he secured his personal best finish with 15th position recorded in Dainese superbike TT.

Onto TT 2012 and the team welcomed on board rising star Dean Harrison and Herve Ganther competing for the third time in the most famous road race in the world. Dean would go onto finish a fantastic ninth in superbike race, since this result Deano has gone from strength to strength not only at the TT but overall in road racing. 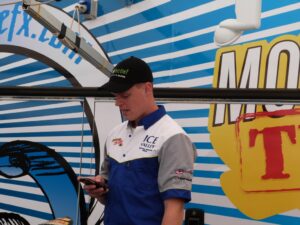 TT 2013 would see Branko Srdanov make his TT debut. Although unfortunately during Friday night’s practice session Branko suffered a incident which ruled him out of the rest of TT 2013 he had proved earlier on in practice week lapping at over 120 mph on Ice Valley racing by Motorsave ltd S1000RR BMW that he has the speed, talent and ability to in the future become an established top TT competitor. 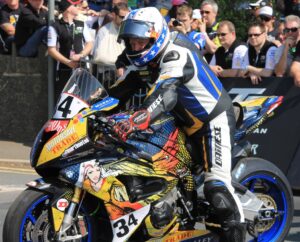 Ice Valley racing by Motorsave ltd at TT 2014 ran up to five riders which where Ben Wylie, Sandor Bitter, Laurent Hoffmann and Peter Hickman. For Hicky his TT debut would prove to be one of the best debut’s we have seen on the most famous of all road race circuits in the last fifteen years. 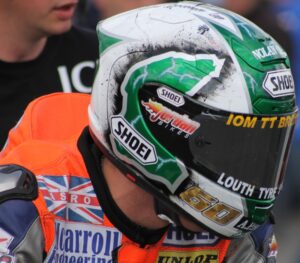 Eighth position was secured by Peter in Royal London 360 superstock TT whilst 12th place finish in Pokerstars senior TT was backed by lapping at 129.104 mph, this makes Peter the quickest newcomer in TT history. 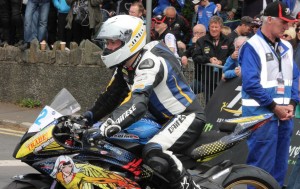 Add in good results for Ben Wylie and Sandor Bitter plus that Laurent Hoffmann thoroughly enjoyed his TT debut TT 2014 was a highly successful one for Ice Valley racing by Motorsave ltd. The team has since 2007 helped bring through new talent including three future TT winners whilst helping out race winners from international road racing championship and seasoned road racers.