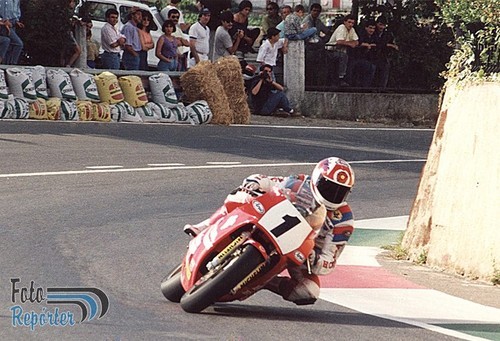 Arguably Portugal’s most famous motorsport’s venue, the Vila Real roads circuit, located in the Northern part of the country, will mostly be known to road race fans, for it’s multiple years of been part of the Formula TT world championship.

The 4.6 kilometres hillside roads based venue saw over the years, many a roads giant secure race wins, on their way to world championship success. 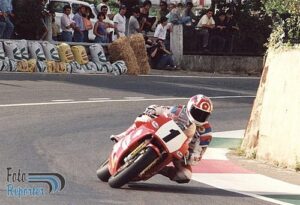 Vila Real proved amongst the most popular rounds of the Formula TT world championship. The Portuguese round of the series, regularly attracted thousands of spectators, who watched the world’s best road racers battling it out for victories.

Alongside the star names competing, a whole host of elite teams competed, which included the mighty Honda Britain team and the JPS Norton squad, most famous for running Robert Dunlop.

Having watched footage of Vila Real via You Tube, in my opinion it had a mix of a Irish national meeting mixed with the Macau Grand Prix, about it.

27 years on since the Formula TT world championship ended, there has been talk in recent years about a TT world series.

If a world series happens, surely Vila Real, which still hosts high level motorsport, in the form of a round of the World Touring Car Championship, would be a sure fire contender to hold a round.