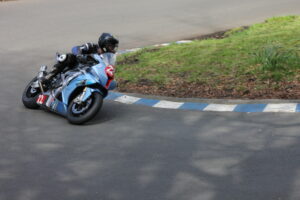 Gareth Keys is all set for the Cookstown 100. Gareth had a fantastic start to his 2014 road racing season with a positive series of results at Ian Watson spring cup road races. The superbike B race at spring cup saw the 250 Ulster Grand Prix winner from 2013 record a well deserved second place finish, Gareth competing on a S1000RR BMW proved that very quickly he had adapted to Oliver’s Mount well.

For the super twin races the rising road racing star was Kawasaki mounted and went onto achieve two top 15 finishes, the feature spring cup race saw Gareth produce another good performance with 12th place finish to start his road racing season in top style. For this years Cookstown 100 he is competing in the superbike, super-twin, 250 and grand final races.