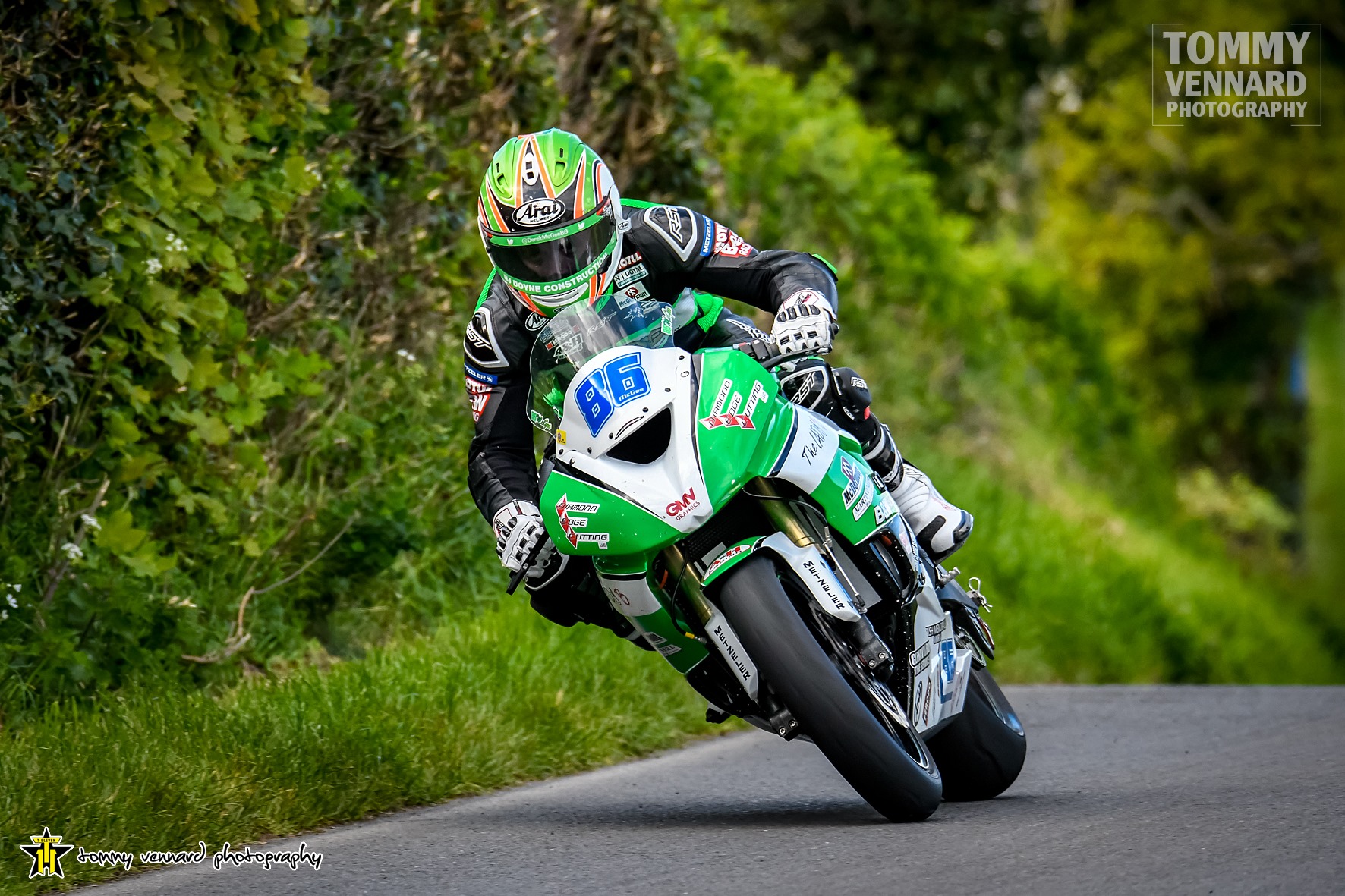 Derek McGee returned this afternoon to the four stroke road race winners circle, following success in a Supersport race which saw him hold off the tenacious, prominent challenge of Michael Browne.

Closely matched pace wise, McGee’s experience, seasoned front running race craft told in the end, with the Mullingar racer taking the race win by nigh on one second over Browne. 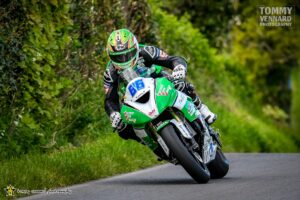 None the less a second place finish for Browne who set the fastest lap of the race, still ranks as a brilliant result for the Post TT Supersport race victor.

Just over 0.760 behind Browne in clinching a second top three finish of the day, was Skerries Michael Sweeney.