Exciting Year Of Racing In Prospect At Oliver’s Mount 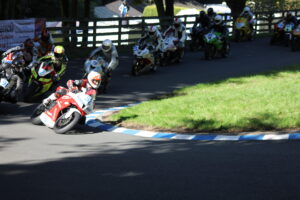 Its set to be an exciting year of racing in prospect at Oliver’s Mount. The first round of the Duke road race rankings championship is the Ian Watson spring cup road races on the 13th April. Next up is the Barry Sheene road race festival which is on the 21st and 22nd of June.

July sees the annual cock of the north road races on 19th and 20th of the month whilst the prestigious Steve Henshaw international gold cup takes place on 13th to the 14th of September. Its already looking like being a top days racing at this years Ian Watson spring cup road races with Dean Harrison, Jamie Hamilton, James Coward, Daley Mathison, James Cowton, Keith Pringle, Mick Goodings, Tom Robinson and James Neesom all entering the opening meeting at Oliver’s Mount.