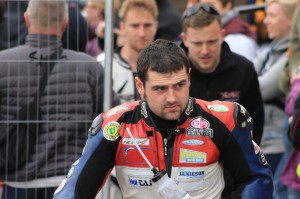 Since its first running in 2009 the meeting has gone from strength to strength, in recent years Michael Dunlop has won the feature event race of legends three years in a row 2011,2012 and in 2013.

Theres recently been fantastic news for Armoy road races that there will be a one hour highlights program on Channel 4 on 9th of August.

With this news alongside the superb entry list anticipation is building for the popular road race where we are all set to see scintillating road race action.

Ian Lougher Back In Action On The Mountain Course