Adrian Harrison has enjoyed an excellent season of road racing. The season began for Adrian at the Ian Watson spring cup road races where opening supersport race would provide him with highly creditable 14th place finish.

Onto TT 2014 and Adrian’s second time competing at the Isle of Man TT began with 51st place finish in opening supersport TT race. Supersport TT race 2 was next on the horizon and consistent 45th position was recorded on Printing roller services backed CBR 600 Honda. 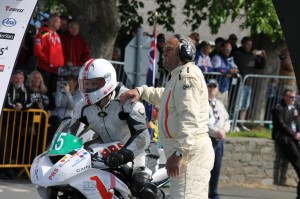 This years lightweight TT would prove to be a momentous one for Adrian who secured his personal best TT finish with 15th position achieved at the end of the three lap race. The results got even better for the vastly improved rider at the 2014 Southern 100. 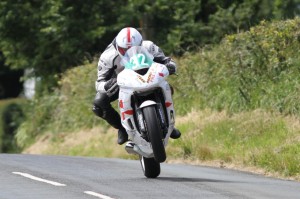 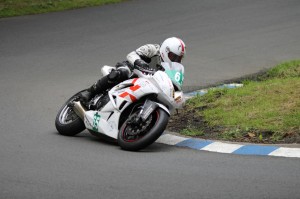 Back at Oliver’s Mount for the cock of the north road races the momentum of good results kept going with top ten finish in opening supersport race before series of top class results in super twin races including three fifth place finishes after tenacious, gritty and determined performances.

The iconic Scarborough gold cup meeting around the mount was next road race on the cards for Adrian and David Jefferies trophy race 1 would prove to be a highly productive one for him with 9th position achieved following a consistent all round performance. 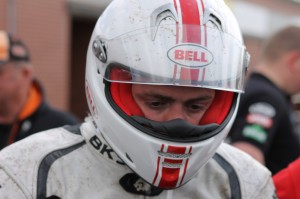 In all in 2014 Adrian Harrison has had a good season of racing where he has improved vastly around Oliver’s Mount, Southern 100 and at the Isle of Man TT. Looking to 2015 there’s no doubt the potential is there for Adrian to acquire top three finishes around Oliver’s Mount for the first time plus he will be aiming for a new personal best finish around the mountain course.