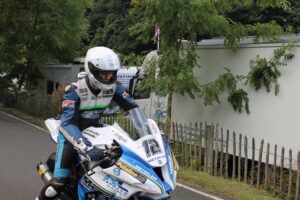 Martin Jessopp To Make Isle of Man TT Debut In 2014