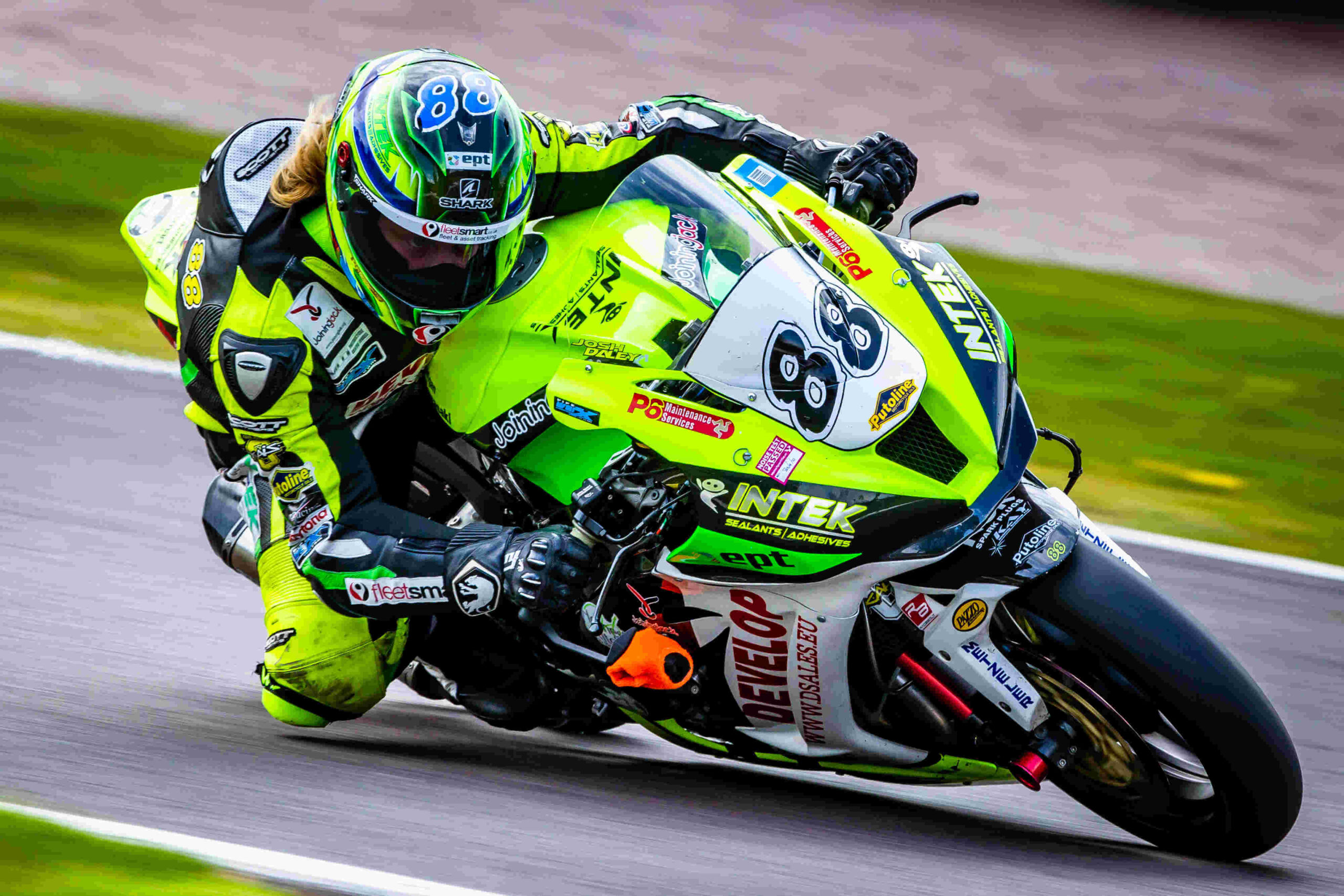 The third and final 1000cc race, would prove the main highlight of the weekend’s racing as the five times top forty TT finisher in mixed conditions made the right decision tyre wise, running full intermediates which put him in prime position to contend for class spoils.

A tight battle alongside Luke Hopkins, would conclude in drama filled fashion as Daley first across the line at the end of the 12th and final lap, was slapped with a five second time penalty.

This was applied following last lap contact with declared race winner Hopkins, who emerged on the final confirmed results sheet, over three seconds ahead of Daley who none the less enjoyed an extremely positive weekend at Cadwell Park.