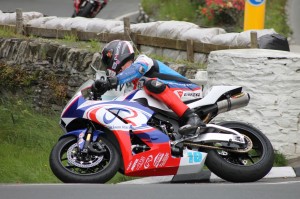 Conor Cummins and Jackson racing are confirmed to be competing at this years Southern 100 in both supersport races.

Second place finisher in 2014 senior TT race Conor has not competed at the Southern 100 since 2012 where he achieved a host of top results.

Conor will be hoping to take this form to Billown where he be looking for his first Southern 100 victory in what look set to be ultra close supersport races.