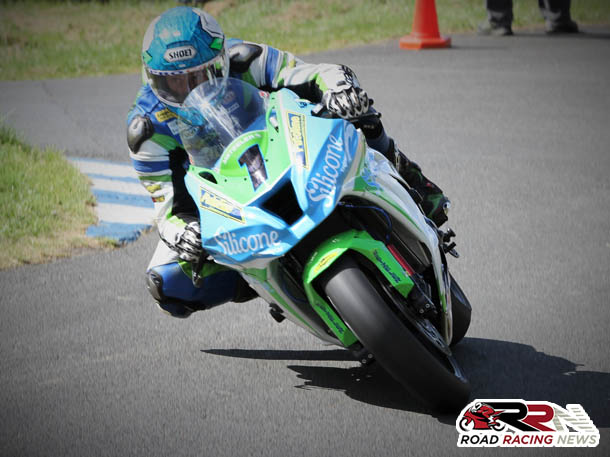 Dean Harrison continued his reign as the man to beat at Scarborough today, winning three races, including a drama filled opening Solo Open A encounter.

Starting from third on the grid, the two times Steve Henshaw International Gold Cup winner, despite been heavily under the weather got off to a fast start, quickly moving into race lead.

With early race leader Daley Mathison, coming off at Memorial, this left the Silicone Engineering Racing rider, in a position he has become extremely accustomed to, holding a firm advantage over his nearest challengers. 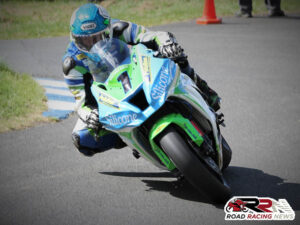 Steadily increasing his lead, lap by lap over Dafabet Devitt Racing’s Ivan Lintin and the impressive Adam McLean, by lap three the race lead stood at in excess of 2.6 seconds.

From here, he kept up an accomplished pace, showing no lethargicness despite not been 100 percent, to ultimately cross the chequered flag, at the end of lap six, to make it at the time, nine wins from nine starts, in 2017, at Oliver’s Mount.

Ivan Lintin 4.576 behind in second place, was happy with 2nd, whilst MSS/Hotties backed Adam McLean third, continues to showcase why many regard as a future front runner at the international road races. 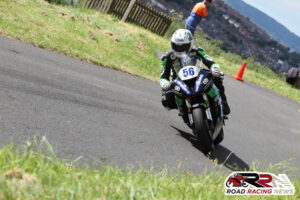 The top ten was finalised by Mick Goodings, Paul Gartland and Rhys Hardisty, piloting for the first time Superbike machinery on the roads, in the form of an ex Jackson Racing Honda Fireblade.

Outside of the 16 finishers, drama a plenty afflicted leading Yorkshire racers James Cowton and pole sitter Jamie Coward, with a mix of mechanical problems/an incident at Mountside Hairpin, halting their races.

Back to race winner Dean Harrison, soon following the opening Solo Open A race, he made it ten wins from ten starts this year at England’s only real roads venue, in an entertaining Senior race.

Along the way lapping close to Guy Martin’s long standing lap record, at present he looks in another dimension at Scarborough.

Will he as today, go unbeaten tomorrow? he’s odds onto, as he aims to chalk up a fifth successive Cock O’The North Feature race crown.