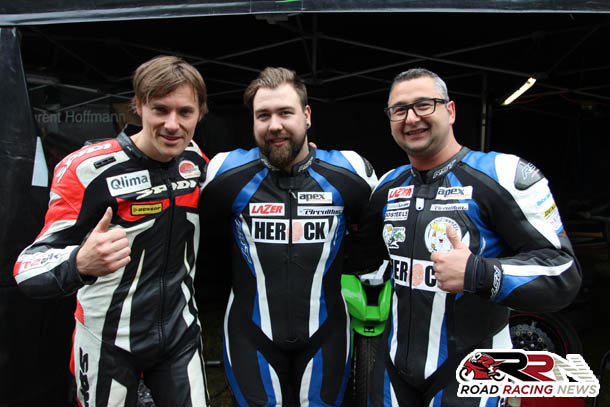 Learning the iconic Oliver’s Mount circuit, in tricky conditions on Saturday morning, all three riders quickly became fans of the roads venue known to many as a mini TT.

Solo open B final first leg was next up, Kevin and Laurent continued their rapid mount progress with second and third place finishes, whilst Steven Galens secured more than creditable fourth place finish.

Unfortunately, in the opening senior race, Steven would go onto endure a high speed incident going into Drury’s Hairpin, sustaining an arm injury, ruling him out of the rest of the meeting.

Day two of action at Scarborough, saw Kevin and Laurent both near the sharp end again, in the second junior B supersport race. 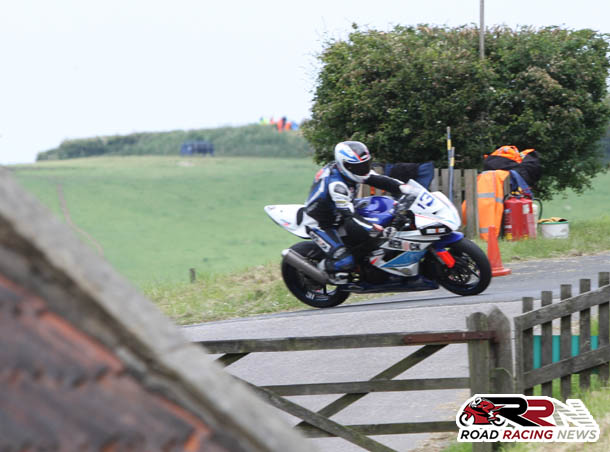 Final competition of the weekend for the duo backed by Herock on ZX6R Kawasaki’s was in the second solo open B final race.

Both riders have stated that they are aiming to return to Oliver’s Mount in the future. 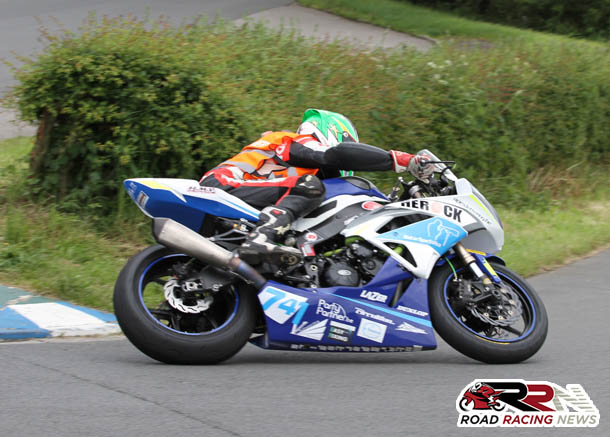 Next roads action coming up for both Laurent and Kevin is at Chimay in Belgium, which marks the third round of the 2016 International Road Racing Championship.

Looking to the future, Laurent is planning to compete for the second time at the TT Races next year, whilst Kevin and Steven Galens are both aiming to make their Mountain Course debut’s at TT 2018.