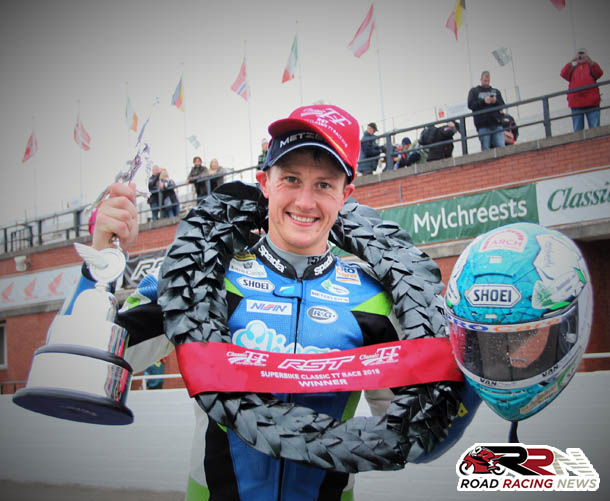 Never headed in the four lap race, the Bradford based racer underlined his growing Mountain Course maestro status , with a relentless display aboard the Silicone Engineering Racing ZXR 750 Kawasaki. 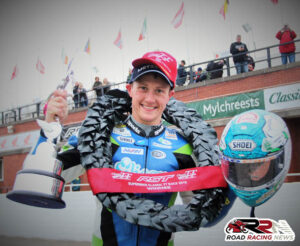 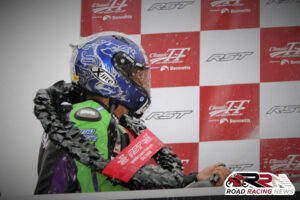 A delighted Horst Saiger over a minute behind the rampant Harrison, banked an excellent second place finish following a highly accomplished display from the 2017 TT Privateers champion.

Padgetts Racing’s Conor Cummins, having his first race outing aboard the exotic YZR 500 Yamaha, piloted in recent times by Bruce Anstey, concluded the rostrum finishers, as the Manxman took his total of Mountain Course rostrums for 2018 to three. 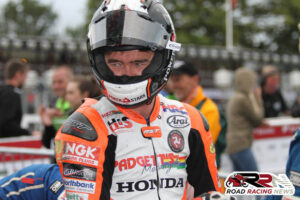 Locate.im Junior race runner up Jamie Coward got the maximum out of the Kraus Racing Kawasaki, to bank a top five placing, whilst reigning Senior Manx GP champion Michael Evans made it three Manx racers within the top six. 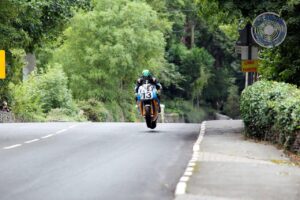 Unsurprisingly to some the attrition rate of the four lap race was high, with notable retirements including early rostrum finishing contenders Michael Rutter and Gary Johnson.