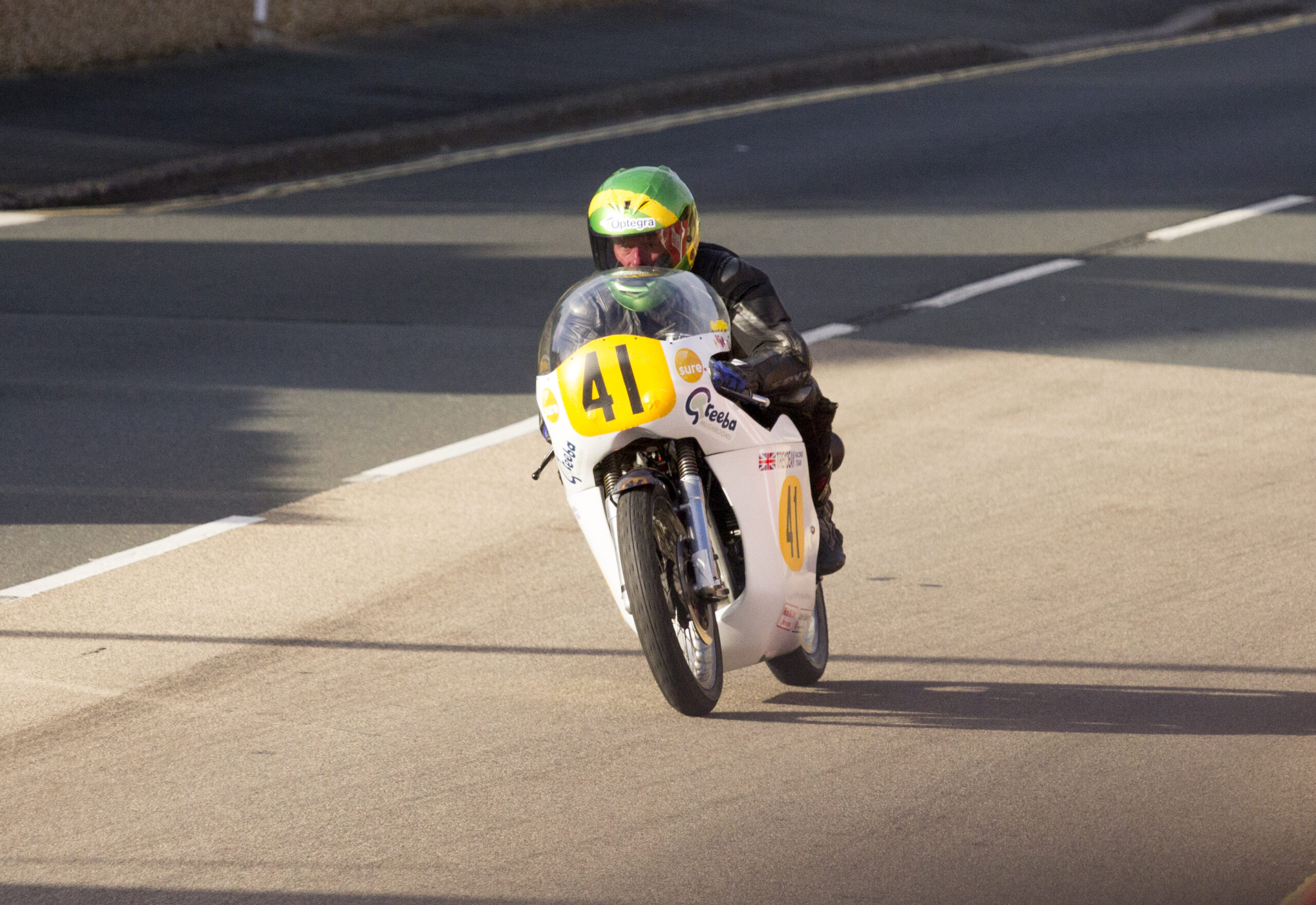 Last year after what he describes as his worst ever season with machine problems, personnel problems, a trip into the field at the Ulster Grand Prix for his first red flag resulting in broken ribs and concussion. The multi talented Chris McGahan was thinking that maybe it was time to retire, as the fun had disappeared.

After the Classic TT races had finished, several chance encounters in the paddock resulted in offers for 2016.

2016 started at Phillip Island riding a 888 Ducati for Chris Pickett and 250 Yamaha for CP’s pal Brad. McGahan soon found what had been missing and came home hungry for more.

Now back on the Trekdean Seeley of Brian Crow, Chris has enjoyed some good rides at the Pre TT Classic and Spa which in spite of minor teething troubles have shown that he is still fast and keen. 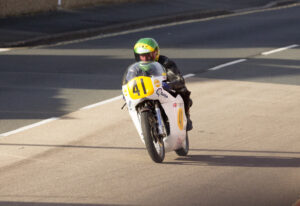 The 350cc Hales Honda. This bike on which Chris has won 3 Classic Junior Manx Grand Prix was sold to Dutch collector Paul van den Berg. Paul and his wife have asked him to ride the bike at this year’s event.

Plus a RS250 Honda, John Chapman is supplying this machine for the Lightweight Classic TT.

The very experienced Grant Gaskins has agreed to mechanic for the meeting. Everything is in place for what Chris hopes is a trouble free and enjoyable Classic TT for all concerned.