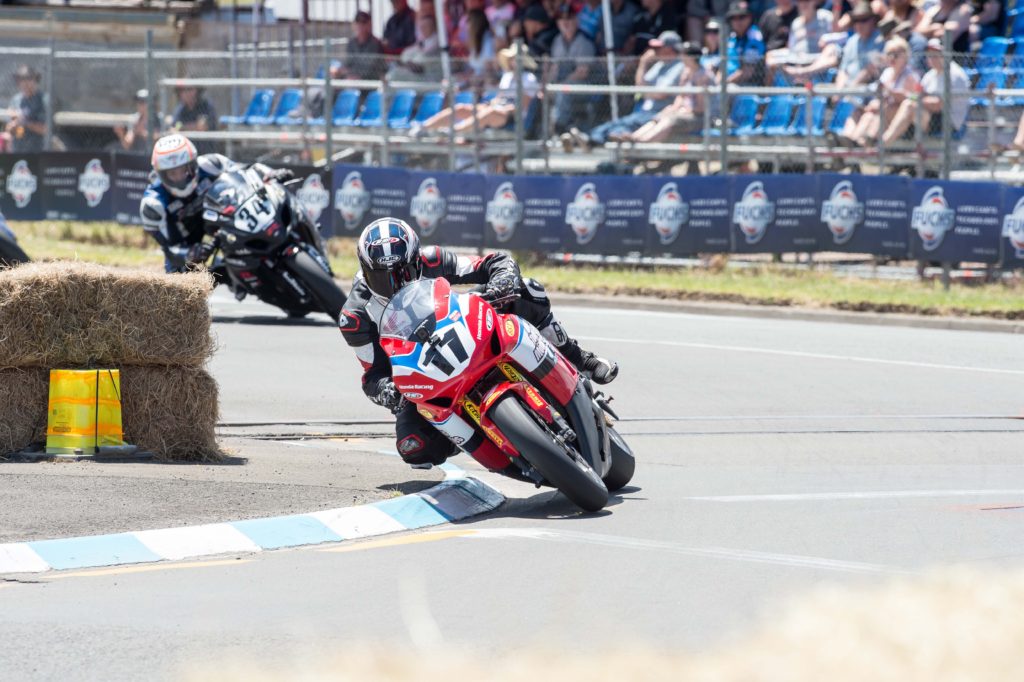 Although just missing out on the feature race crown, Suzuki Tri Series Superbike Champion Mitch Rees Mitch Rees had the honour of retaining his title as the ‘Southern Hemisphere TT’ fastest rider in history, by setting a new outright lap record of 48.370 seconds.

Seven of the 11 finishers in the latest Robert Holden Memorial feature race, lapped under the 50 seconds barrier.

In total on Saturday ten racers managed at least one sub 50 second lap. The top ten quickest ‘Southern Hemisphere TT’ competitors from 2020 in descending order is as follows:

Famous names you might not have realised that have competed around the Cemetery Circuit over the years have included ex World Superbike, Grand Prix, TT stars Aaron Slight, Simon Crafar, Graeme Crosby, Hideo Kanaya and Randy Mamola.

Were just one year away now from the Cemetery Circuit Races celebrating it’s 70th anniversary, since it first cropped up onto road racing calendar in 1951.