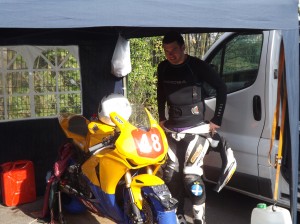 Callum Laidlaw is greatly looking forward to the 2014 Ian Watson spring cup road races. Callum who is competing in the superbike races at this years spring cup on a CBR 1000 Honda Fireblade secured a 7th place finish in the Steve Henshaw international gold cup race of 2013. Overall Skoot as he is known to many has a good record around the mount and is going into the opening round of the 2014 Duke road race championship Callum is one to watch and could spring a surprise in both superbike races.