Bimota’s are set to be in action at TT 2015. The popular Italian manufacturer made their pure road racing debut recently at the Ulster Grand Prix where Ben Wylie secured highly creditable results.

Which included 14th place finish in superstock race which was followed by top 25 finish in opening supersport race. Next up was the feature superbike race and Ben produced a solid and consistent performance finishing in 12th position. 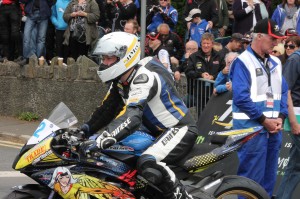 Ben is for TT 2015 set to manage a two man team running BB3 Bimota’s and is confident that the new manufacturer competing on the mountain course can be quickly on the pace.

Its not known yet as to who will be competing on the Bimota’s at TT 2015 but one things for sure its great to see another new manufacturer enter the most famous road race in the world the Isle of Man TT.