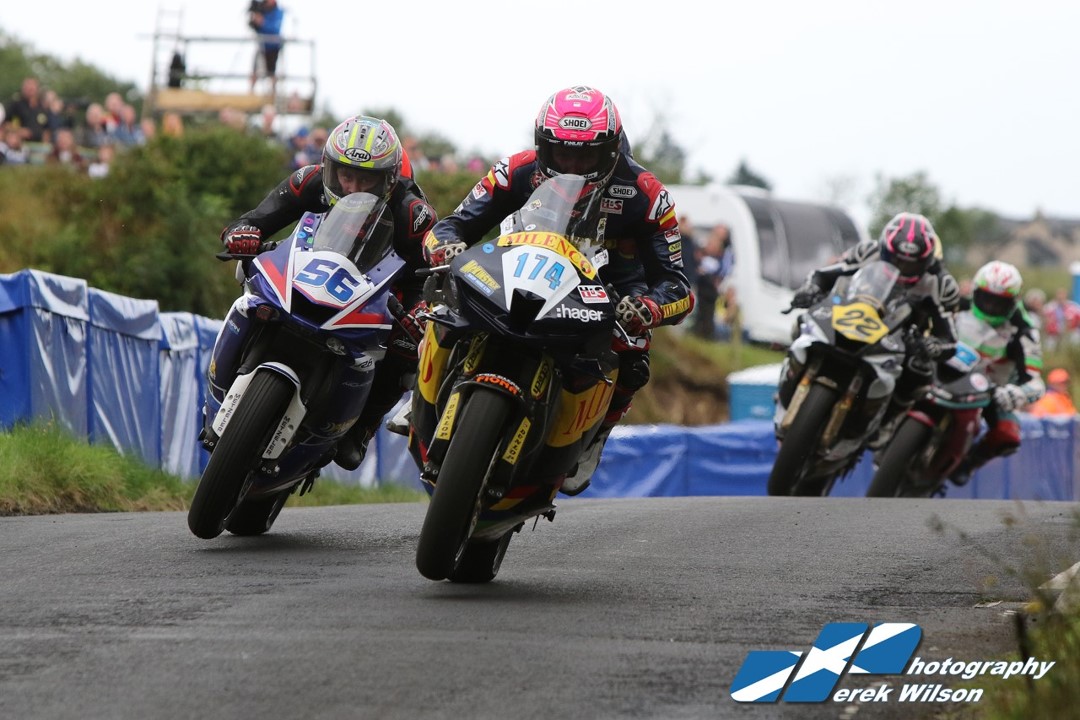 0.9 ahead post lap one’s finalisation, Todd by mid race distance had steadily pulled away from the quality filled chasing pack.

Although a fair chunk off the late great William Dunlop’s existing 600cc lap record, Todd’s consistency allied to his formidable racing acumen and ultra-competitive Honda machinery enabled him to vault in style to race success.

His final race winning margin stood at 5.119 seconds with Tobermore’s Adam McLean leading the challenge to the 2022 Southern 100 Solo Champion.