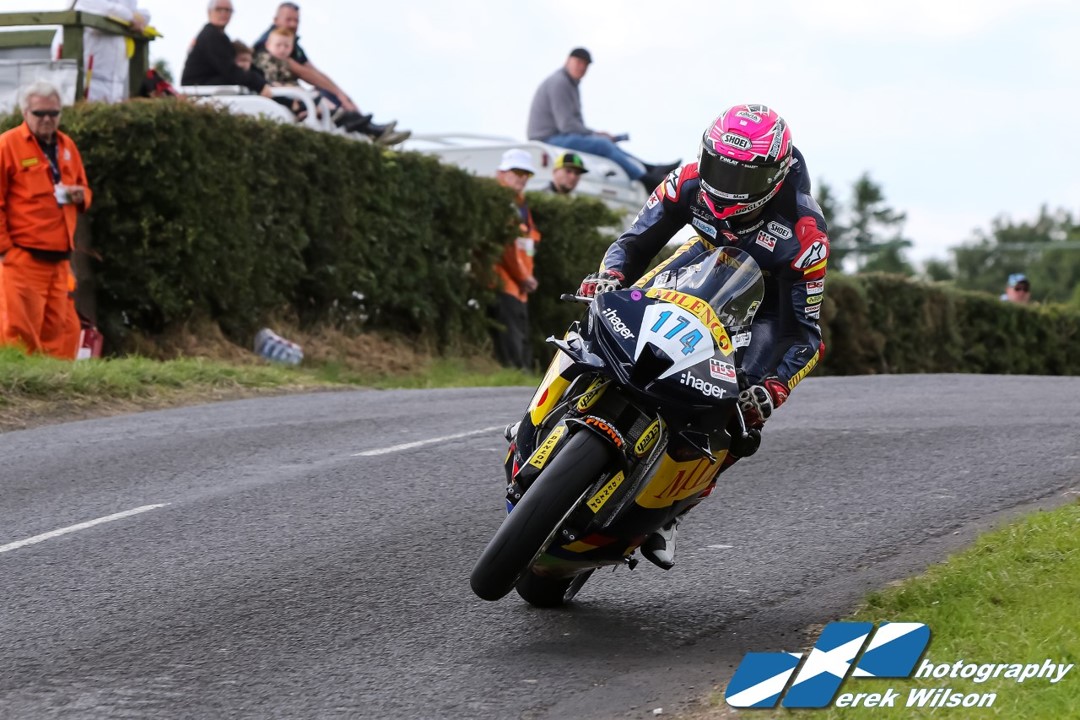 As with the prior Lightweight Supersport race, red-flags arose early again this time due to a two-rider incident.

Once a moderate delay to proceedings ended, racing re-started with a reduced six-lap distance.

Starting from the second wave of riders, Wilson Craig Racing’s Darryl Tweed on aggregate timing had taken the lead.

Whilst Tweed kept P1 across lap five, he was rapidly been reeled in by Milenco by Padgetts Todd.

Ultimately despite a valiant effort, Tweed had to settle for second at the race’s conclusion as Todd via tenacious race craft snatched race honours.

Just 0.315 covered Todd and Tweed at the chequered flag whilst sub 1.9 seconds covered the top five finishers with the final place on the podium gained by Adam McLean.