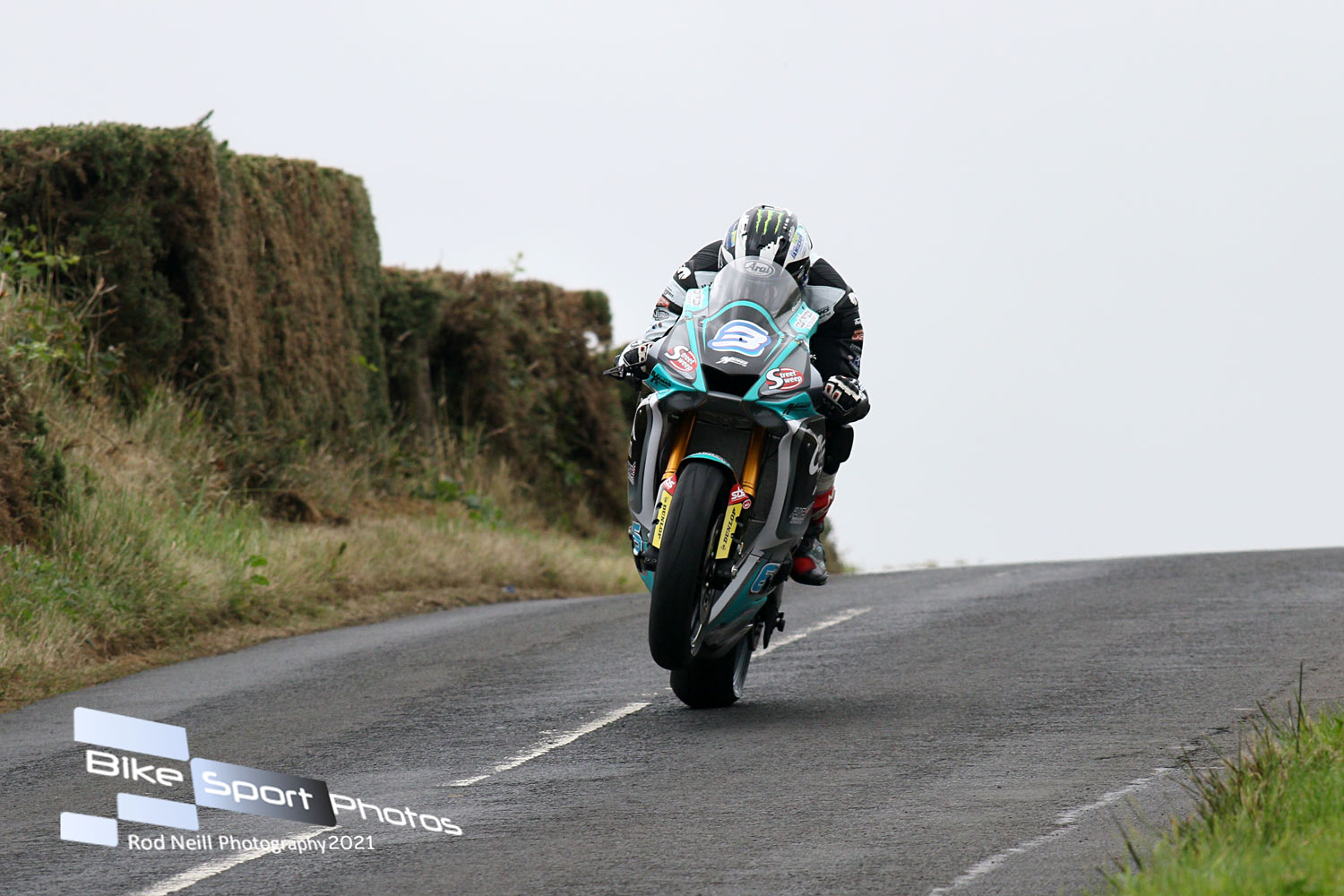 A last minute entrant for the 250cc class, he maintained the form he showed during qualifying in this evening’s Diamond Bar & Mermaid Club Lightweight race.

Ultimately though he had to settle for second best behind Dunlop, who alongside taking race spoils by the margin of 0.403 of a second, recorded a record lap time for 250’s at Armoy of 1 minute 53.564 seconds.

As within the Lightweight race, YZF R6 Yamaha mounted Dunlop was on pole position following another stellar qualifying performance.

Despite the race been a relevant sprint (five lap distance), lightness fading, the action was equally if not more exciting than anticipated.

In contrast to the prior Lightweight 250/400/450 contest, the main challenger middleweight class wise to Dunlop was McAdoo Kawasaki’s Adam McLean.

With Derek McGee not taking part, highly rated new wave roads talent McLean firmly led the opposition to the Ballymoney roads great and began the race in fine style by edging ahead of his fellow countryman.

Just 0.065 covered McLean, Dunlop on lap two, lap three would see just 0.030 between them before Dunlop made a decisive move to the front on the fourth and penultimate lap.

Joining Dunlop, McLean on the podium was Wilson Craig Racing’s Davey Todd whilst Michael Browne took a strong fourth ahead of BE Racing In Conjunction with Richardson Kelly Racing team mate Paul Jordan.