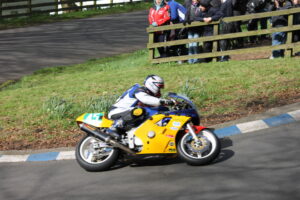 Alistair Haworth secured a double victory in the lightweight races at this years Ian Watson spring cup road races. Alistair competing on a 400 Yamaha produced two highly accomplished rides to further amount his reputation as being one of the leading 400 riders in road racing. In 2013 Alistair won the lightweight Manx Grand Prix and is set to be one of the favourites again for victory in the ultra competitive race at the Manx Grand Prix. 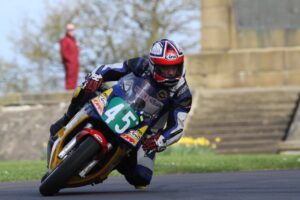