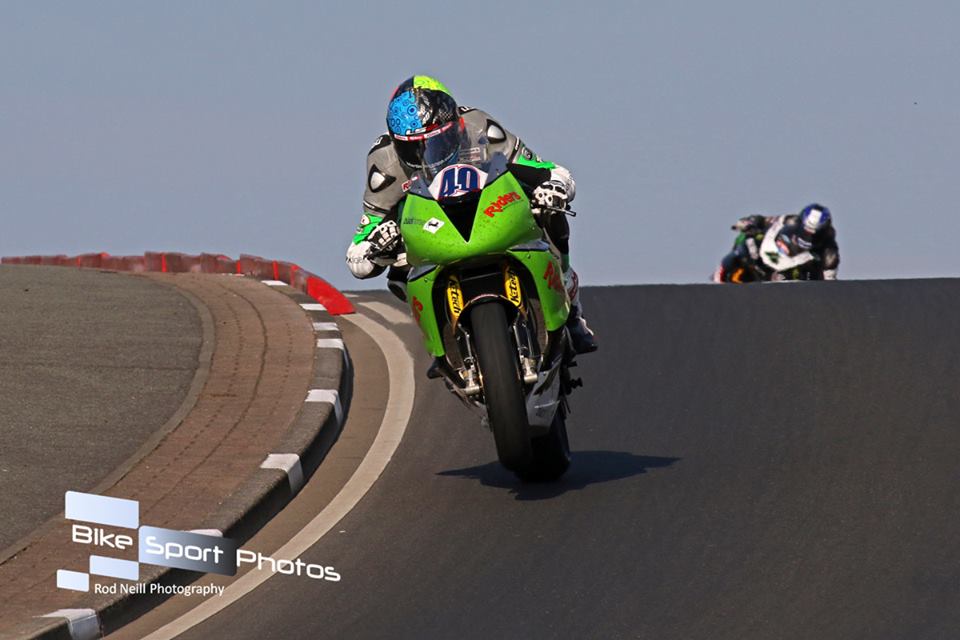 After many years of near misses at Macau and on the coast roads, Martin Jessopp at last this evening, clinched his first international roads victory, via success in a gripping opening Supersport race at the North West 200.

Gaining the hole shot from the start, the Yeovil based rider went onto become involved in a race long battle with up to seven riders. 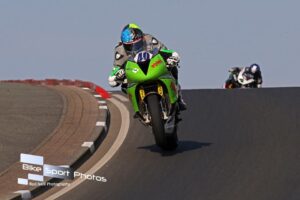 It was on lap four, when he pulled the pin, moving over a second of the chasing pack, from here he kept up a consistent rapid pace, to ultimately emerge victorious by 0.772 of a second, over McAMS Yamaha’s Ian Hutchinson.

Hutchy’s second place finish, has added credence, given that it was his first full race aboard the 2017 spec YZF R6 Yamaha, plus the fact that he started from eighth on the grid. 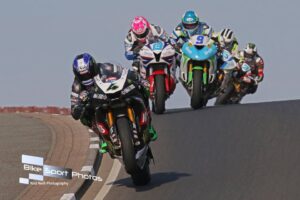 JG Speedfit Kawasaki’s James Hillier battled his way to the final spot on the podium, edging out Dean Harrison (Silicone Engineering Racing) who wrapped up a new personal best result around the Triangle.

The reigning Duke Road Race Rankings champion also set the fastest time of the race, lapping on the final lap at 4 minutes 37.368 seconds.

Michael Dunlop had a fairly low key race, as he finished seventh, James Cowton (McAdoo Kawasaki) and Jamie Coward (Radcliffe’s Racing) both impressed in finishing eighth and ninth as did Horst Saiger on his Metzeler backed Kawasaki, who rounded out the top ten.

Pre race favourite Alastair Seeley was the highest profile retirement from the race, having encountered an electrical problem with the Gearlink Kawasaki.