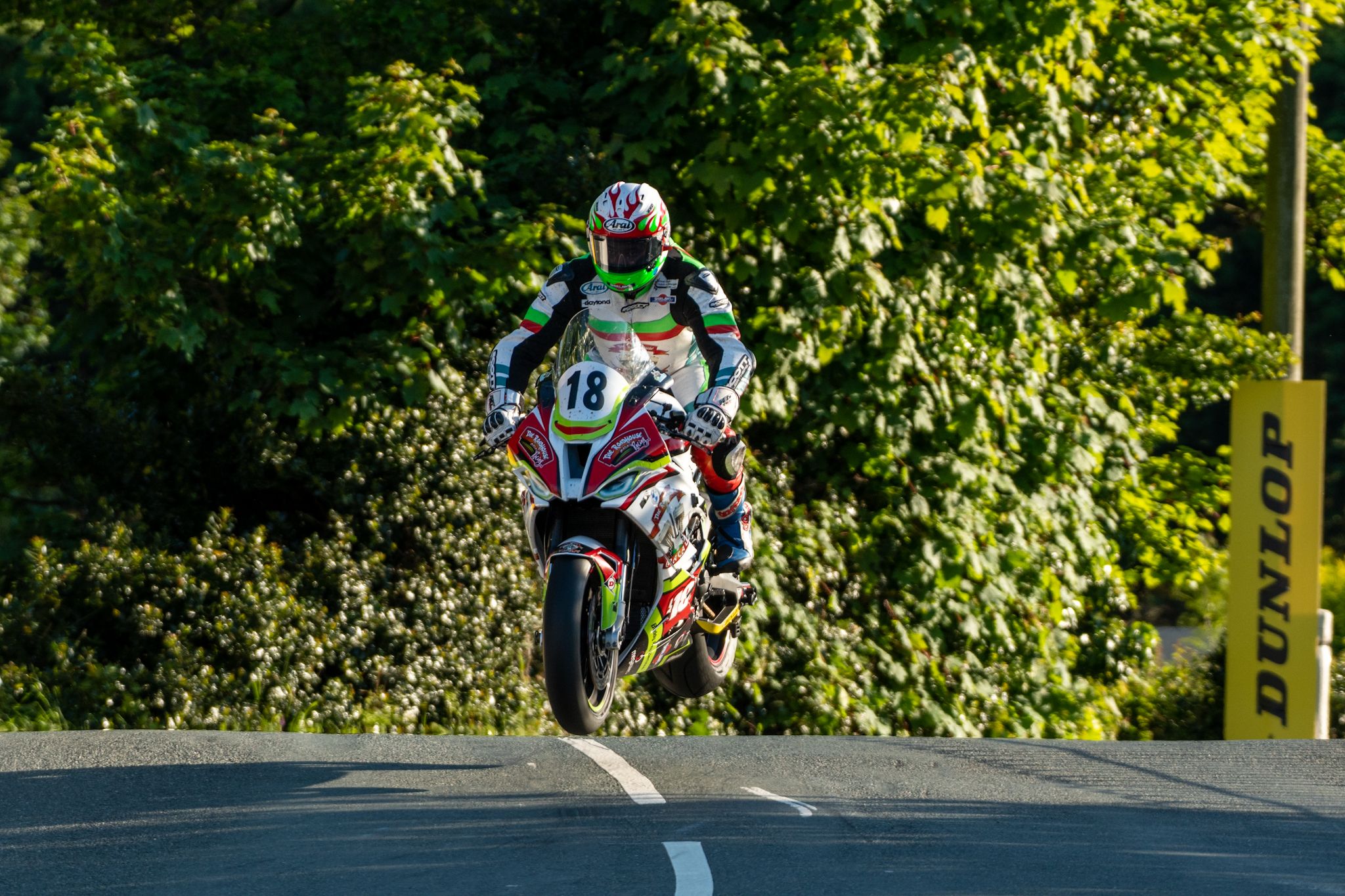 In the mix throughout practice week, lapping 126 mph plus, Sheils who received praise from new fastest TT newcomer in history Glenn Irwin, stated when asked how his latest TT expedition has been to date:

“Alright yeah, getting a bit of practice in, couple of niggly issues during practice, but that’s to be expected.

Nothing to major, just getting laps and laps, haven’t really found a really good set-up just yet.

But were getting there, just a matter of keeping working at it, keep finding little problems but we’ll get there hopefully.”

A non-finisher from yesterday’s RST Superbike race, due to a steering damper issue, Sheils is hoping for better luck in the now three lap Superstock encounter.

“Look forward to the race tomorrow cause obviously it’s a Superstock bike, that’s the class it’s supposed to run in.

So hopefully will get a bit of a decent run on it and a few steady laps, three laps now.”

“Just ride and try and just get there to the end of the race. I’ve not really given myself any real goals, I’d like a top 10 though, we’ll see what happens.”