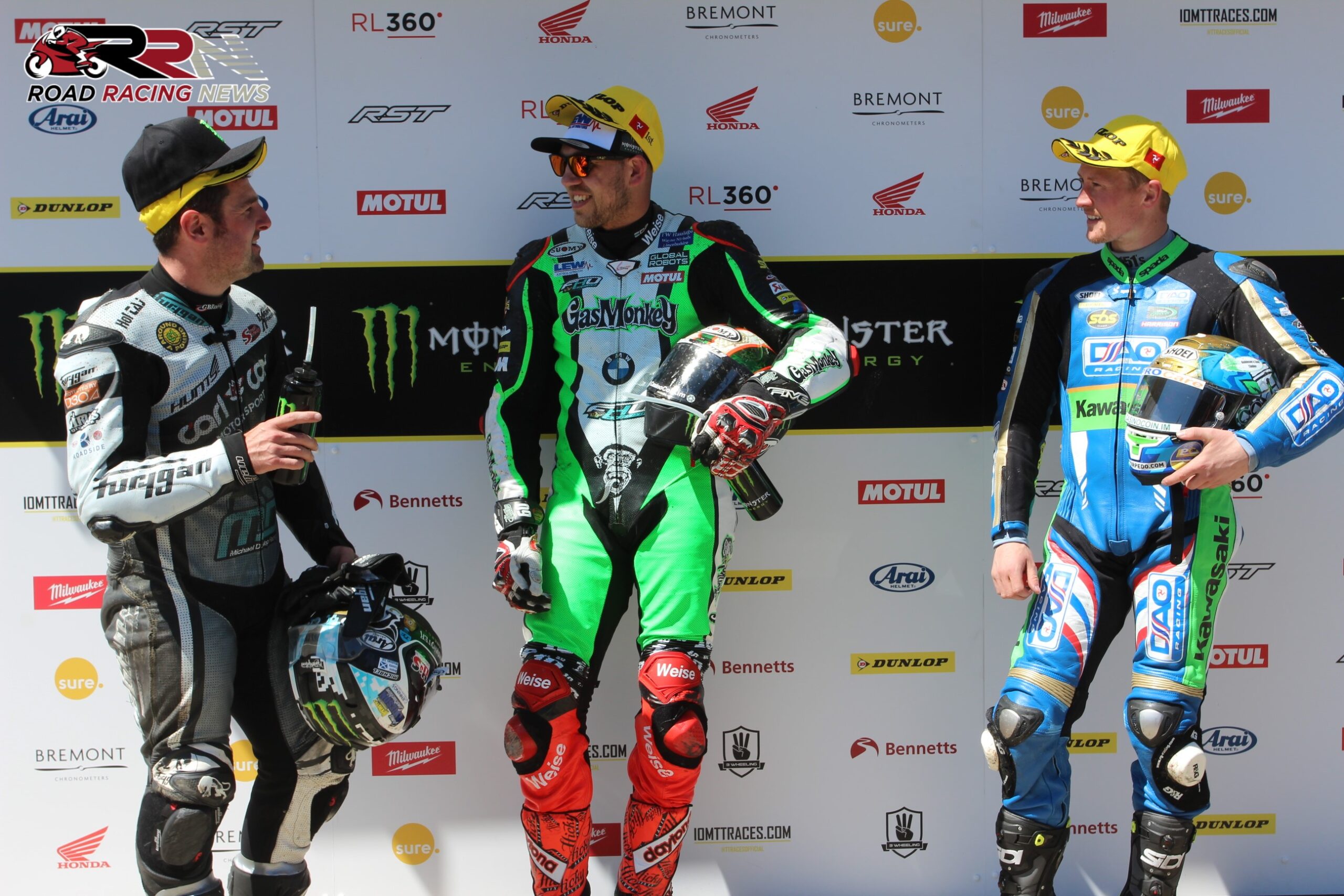 Although his podium finishing challenge was thwarted following tyre problems, Milenco by Padgetts Davey Todd, thanks to his standing start lap-speed of 131.73 mph, is now the 11th quickest racer in TT history.

As widely already stated, Glenn Irwin thanks to a near 130 mph lap, is now officially the fastest TT newcomer of all time.

Hickman and Dunlop now have a combined total of 46 TT podiums, 25 race victories.

Just 28 riders completed the first Superbike TT of the 2010’s. This is the lowest number of finishers for a Superbike race since 2018.

Worth noting as well that yesterday’s top three finishers were all running Dunlop Tyres! Top Metzeler runner was the aforementioned Hutchinson.