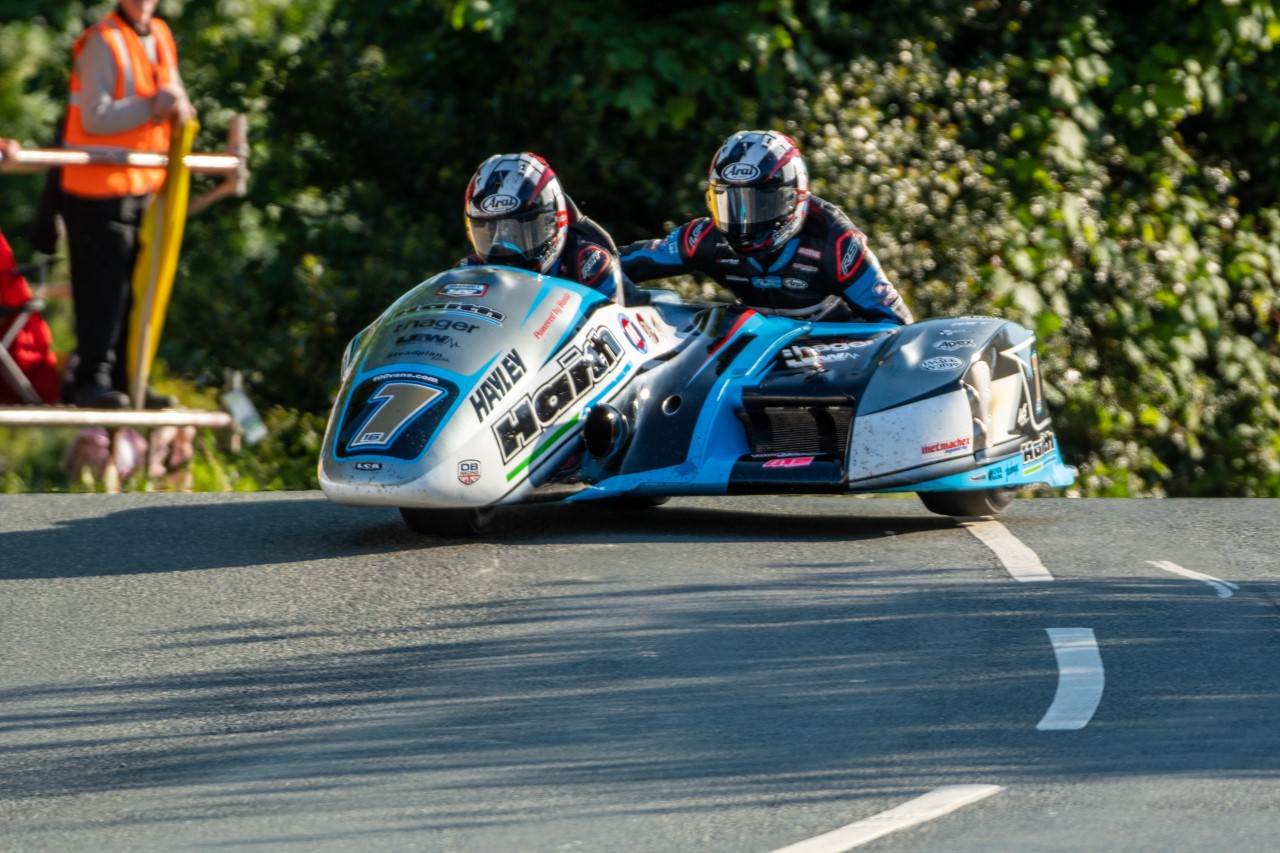 19 seconds plus in arrears to the Haith Honda duo were another famous brother pairing, the Crowes Ryan & Callum.

Continuing to impress, showcase their obvious talents aboard Haven Homes Honda powered machinery, they lapped this evening at 115.56 mph.

Lewis Blackstock/Patrick Rosney (113.137), Gary Bryan/Phil Hyde (112.807) both proved why they can’t be discounted from challenging for top five finishes or better, during race week.