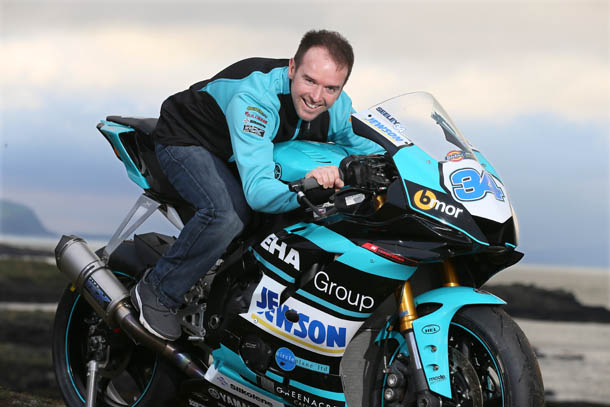 Triangle master Alastair Seeley will link up with EHA Racing for the Supersport encounters at next years Vauxhall International North West 200, as the ‘Wee Wizard’ bids to continue his dominance of the middleweight class.

YZF R6 Yamaha mounted for the 2018 Supersport encounters at the Triangle, the event record holder in terms of wins and rostrum finishes, was full of praise for new suitors Edward Allingham’s EHA outfit.

“Racing against the EHA team in the Supersport championship this year, I saw how fast their bikes were and how professional the team is.

It is the class I’ve enjoyed the most wins in at the North West and the bikes suit my style and stature.

I’ll be back in the British Supersport championship next season so I should be dialled in coming to Portrush. It is also nice to be involved with another team that has a strong local connection with the event.” 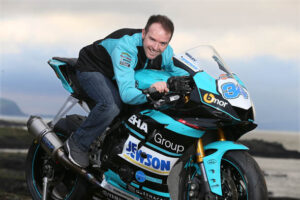 Adding that the drive for more success at the North West is not dimming, only increasing, the Carrickfergus racer said:

“Because of some of the circumstances at this year’s races, I want to improve.

I am extra motivated for next year, very determined and focussed to show there is a reason why I am the record holder at the North West.”

“We have wanted to bring the team home to Northern Ireland and we got the opportunity to put Alastair on the bike.

It is really exciting to shake hands on the deal and it would be good to show people what we can do. We will be taking the North West very seriously.

With a rider like Alastair Seeley on our bike we have to aim to win and although we are a young team, just in racing four years, we have the resources and experience to handle any pressure.

We had eight podium finishes in the British championship this season and Alastair’s crew chief will be Ian Newton, a former North West winner.”

“We are delighted to have another top class team like EHA Racing team on the North West grid for 2018.

The Allingham team have proved their capability in the British championship and they will have the man with more wins than anyone else at the North West in the saddle. It can’t get much better!”